A seafaring adventure quickly becomes a nightmare, as a young Wilbur finds himself trapped in a floating Antarctic abattoir, steeped in blood, putrefaction and death.

The next Christmas holiday, I thought that, having survived working on a pilchards’ trawler, I was tough enough to do a season with the whaling fleets which left from Cape Town in November and sailed down almost to the South Atlantic. I had heard from a friend that a Japanese whaling fleet was looking for labour.

The docks in Cape Town were vast, heaving with freighters, liners and pleasure boats. Before I was born, whaling in this part of the world was centred a couple of hundred miles up the coast at Durban, where the blue whales ran into the warmer northern waters, but this Christmas it was colder waters to which I was bound. Once signed up by a representative of the Whaling Company, I boarded a resupply boat, along with dozens of others like me, and we began the long voyage. Our destination was as far south as I had ever been in my life, and as far south as I was ever likely to go. We were bound for Antarctica, the cold majesty of empty ocean and icebergs. Down in those waters, the humpback, sperm, and southern right whales were to be our prey. 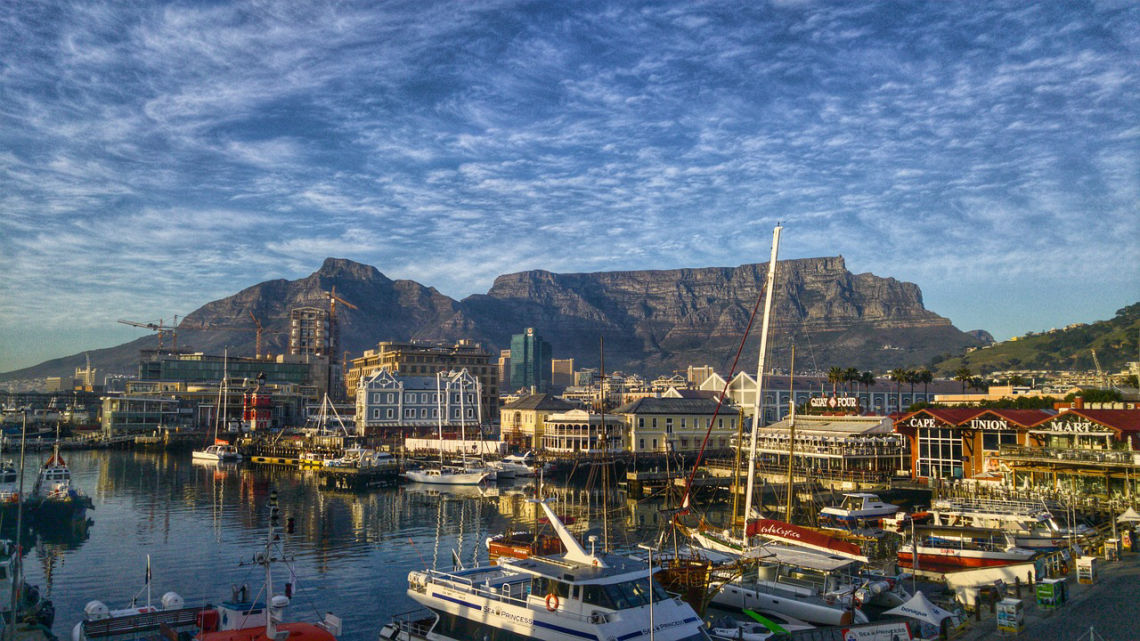 The whaling company had been in Antarctic waters since November, when the whaling season began, and the boat I was travelling on was one of many resupply vessels that regularly plied this route, delivering new men, goods and specialist supplies to the fleet. For five nights and four days we ploughed south, a journey of stultifying boredom, across boundless oceans, where there was nothing to see but the curve of the horizon, growing more pronounced the further we went. The crew on board, a mixture of South Africans and Japanese, were hard, taciturn men – and before we were one night out of port, I knew that this was no Kingfisher.

At dusk on the fourth night, we saw the blue expanse of the ocean broken, for the first time, by jagged peaks of white. Icebergs pocked the horizon and, as we entered the ice field, I realised we were close.

On the fifth day, we reached the site where the whaling fleet was working. It was the stench that hit us first. I had not encountered the foul smells of whale blubber and meat before, nor do I want to again. The odour was thick and loathsome, and seemed to taint everything in the atmosphere. The closer we came, the more the oily fug wrapped around us, suffocating us with its miasma of putrefaction and death.

In an expanse of open water, shimmering with the run-off from the butchery on board, lay the factory ship of the fleet.

Antarctic whaling was built around processing stations on the ice shelf itself, but the need for more efficient butchery – and to avoid regulation by any government in the world – had led to the first factory ships being built so that whaling could take place entirely at sea. When we boarded her, the factory ship seemed like a world in itself. I imagined the Antarctic as the place of beauty and grandeur I had conjured up by reading classic tales of exploration and heroism – of Robert Falcon Scott and his doomed mission to reach the South Pole, of Ernest Shackleton and the crew of the Endurance, abandoning their ship to the pack ice and yet somehow returning home without losing a single man – but there was little triumph or adventure in what the next month had in store. The factory ship was an open-air abattoir, her every surface slick with whale oil and blood. For the rest of the season, she was to be my home. 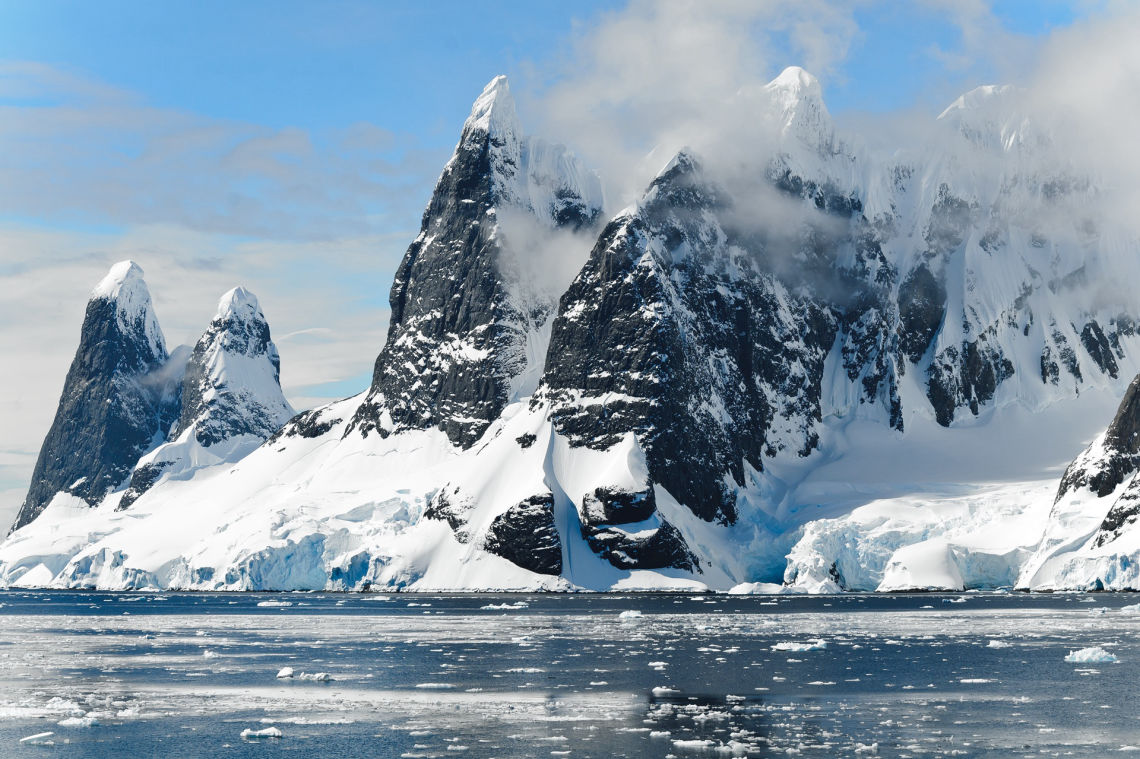 Days were spent in long shifts on the factory deck. There were eight harpooning boats in the fleet. At first light, they would set out to hunt their prey, returning at intervals with rivers of blood trailing behind them. The carcasses of the whales were towed in by the catchers, and winched up the slide in the stern of the mothership by great mechanical claws. Then our work would begin. Armed with flensing knives, the crewmen sliced open the layers of blubber, systematically taking the great animals apart. The team, of which I was a junior member, hooked on cables that peeled the blubber off. It was hard, unrelenting work on a slippery, rolling deck, in gale-force winds that whipped across us, carrying with them all the freezing bitterness of the Antarctic. We were surrounded by heavy, moving machinery, while the knives swung with mad abandon by the Japanese could decapitate or disembowel a man. By comparison the pilchard trawler was a luxury pleasure cruise.

Once flensed – stripped of every scrap of fat, flesh and bone that could be processed, used or sold – the carcasses of the whales were pushed back out to sea. Somewhere, further south, they would wash up on the shores of the Antarctic ice shelf where vast bone yards would collect – a veritable skeleton coast.

I spent my nights in quiet solitude, too exhausted to do anything but sleep. I had no companions here – and no chance of making them. The men of the Kingfisher had become friends, but these whaling men were a different breed. Even those who spoke English had a glazed, faraway glint in their eyes. There was no camaraderie between them, only work, blood, blubber and bone.

By the end of the fourth week I felt as if I had been here a lifetime. The place was less a factory ship than a mobile slaughterhouse. The visceral mess of death was all around. I spent another long day toiling on the cadaverous deck, and, when I retired that night, every inch of me glistening with whale oil, I knew what I was going to do. 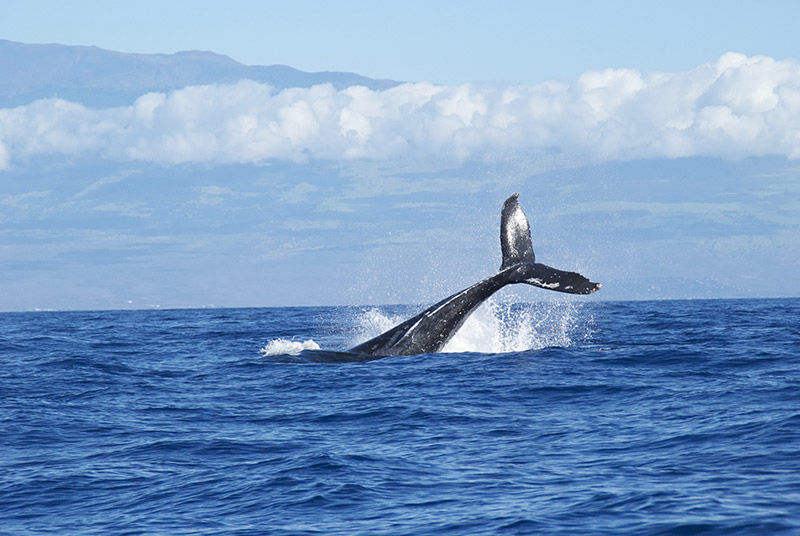 The next day, I made my way across the slippery decks to find the ship’s doctor. I told him I had a pain in my abdomen that wouldn’t go away. He laid me down, felt my gut but found nothing. He told me to go back to work. ‘Surely,’ I said, ‘you don’t want somebody to die on this ship? That’s how bad it feels.’

He picked up a pen and began to fill out a form. He’d heard this story before and knew it wasn’t worth questioning. That day, when the resupply ship came down from the Cape, there was one extra passenger on its manifest for the return route north. Two months earlier than I’d thought, I was saying goodbye to that floating hell upon the water. It would take me days to feel civilised again, weeks until I could no longer feel the residue of whale oil between my fingers, or smell the noxious vapour of the factory ship in my hair. The return journey was long and unsettled, the seas squalling under tempestuous skies – and Cape Town couldn’t come quickly enough