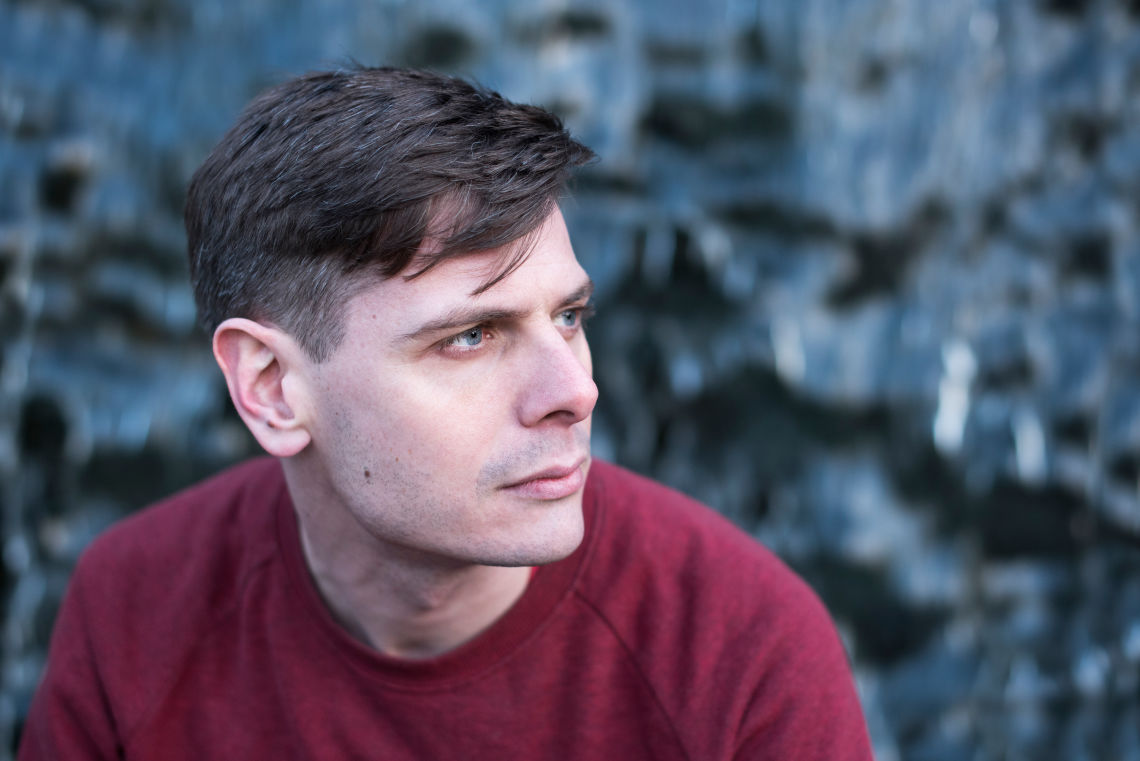 ‘Put both hands on the steering wheel!’ I shrieked.

We were speeding across the Guanabara Bay and out of Rio de Janeiro. Favelas marched up the hills inland and to our right the gleaming Atlantic scudded by; bikers in convoy streamed past us on both sides, a fitting honour guard for this strangest of expeditions. To seek a supergrass.

Ruy was the best fixer I ever had. A jolly, rotund Brazilian, his affable exterior concealed an adamantine determination. At one turn charming and the next devious, he’d opened doors for me the length and breadth of this vast but troubled land. Who better than Ruy, then, to help locate one of Brazil’s most corrupt men? Were it not for his driving, that is: for the third time in the journey he’d taken both hands off the wheel to joyously emphasise a point. The car slithered towards the central reservation before my strangulated cry arrested it. A biker jinked to avoid the slide before roaring away down the causeway with a bark of highly-tuned exhaust.

I was in Brazil to investigate the so-called ‘Car Wash’ scandal, one of the biggest corruption cases of all time. It was 2018, and scores of crooked politicians from across the political spectrum had already fallen. The £1.4 billion embezzled from the state oil company Petrobras would make a stack of ten pound notes eight miles high. A president had been impeached and then jailed. The economy had tumbled into its worst recession since records began. It was not a happy country. And we were seeking out one of the main culprits. 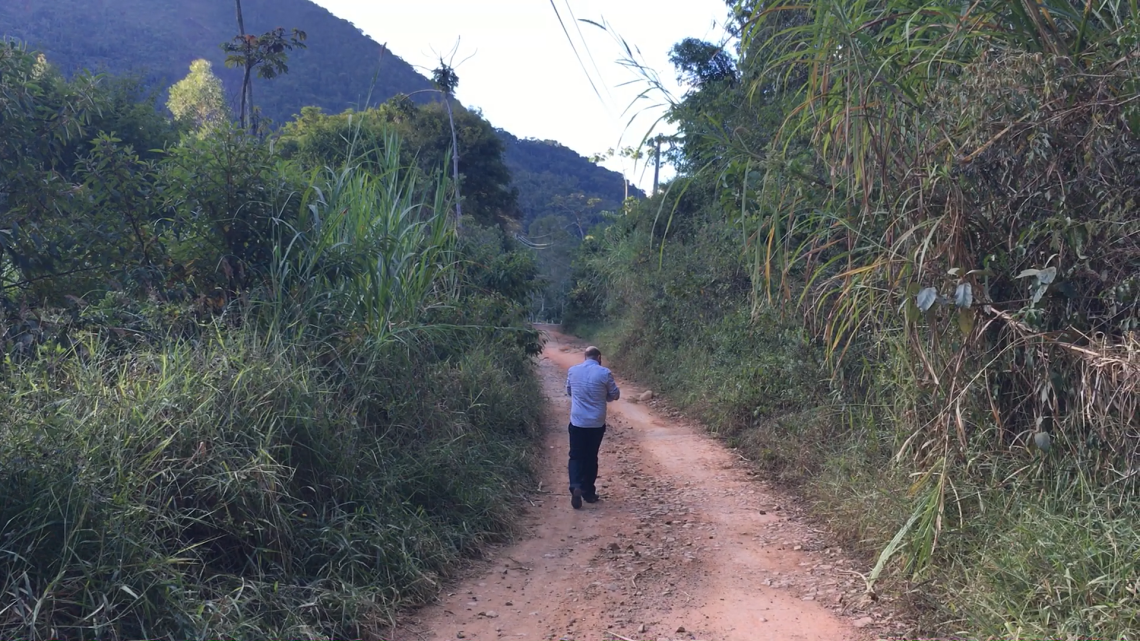 In Brazil, the name Nestor Cerveró is a byword for infamy. A Petrobras official, he was serving a thirty-two-year sentence under house arrest for money laundering*. His face is startlingly lopsided, one eye an inch lower than the other. He’d spilled the beans on the great and good of Brazilian politics to dodge prison. Instead, he wore a tag and split his days between a Rio penthouse and his son’s organic farm. The latter was a ranch buried somewhere deep within Atlantic Forest in the interior. Not a bad life, if you can get it.

The organic farm had no name, address or website. But it was supposedly in the Serra dos Órgãos, a mythic landscape of subtropical forest and deep valleys, its waterfalls lorded over by parabolas of the same smooth grey rock as Sugarloaf Mountain. As we gained altitude our elderly Fiat began to struggle; a first inkling that I should have sourced a better vehicle. But soon enough the car wobbled across the Serra’s highest ridge, treating us to a magnificent vista of Jurassic forest. It was bereft of human hand, a glimpse of creation. Somewhere in this verdant and mysterious landscape was the man we had come to find.

Our plan was to tour village marketplaces. If Cerveró junior was growing organic vegetables, someone must be buying them. Alas, nobody had heard of the Cerveró ranch. But we were tipped off that only one valley grew organic produce, near the little village of Itaipava. By the time we arrived in the valley it was late afternoon. Nobody knew the location of the farm, for all that Ruy cajoled them. Walls of forest and rock frowned down on us: austere, a reminder of the eternal. As if mocking the ephemeral affairs of men.

Then we got lucky. A goat farmer living in a dry-stone hut told us she knew of a labourer who’d once worked on the Cerveró ranch. He was currently employed on a stud farm several miles up the track. On we went. Fraying tarmac gave way to ancient cobbles; these turned swiftly to mud. The track only got steeper, islets of degraded cobble threatening to rent the Fiat’s underside.

‘Continue on foot?’ I suggested.

As I say, he is the best fixer in the world.

Soon we were sweating copiously, smart shoes kicking up a ruddy dust that might have been of Africa. Ruy sang softly to himself as we walked, but as the day bled away his voice was drowned out by the music of the forest, a rasping insectoid din that cranked up in intensity the deeper we went. The long grass on either side of the track was over head height now, and mosquitoes began to swirl. But the mountaintops were inhabited only by gods, for no human could conquer those precipitous walls of grey rock, nor set foot on these Olympoi.

Then we saw a sign, crudely daubed in red paint.

The sun was half a hand over the horizon. 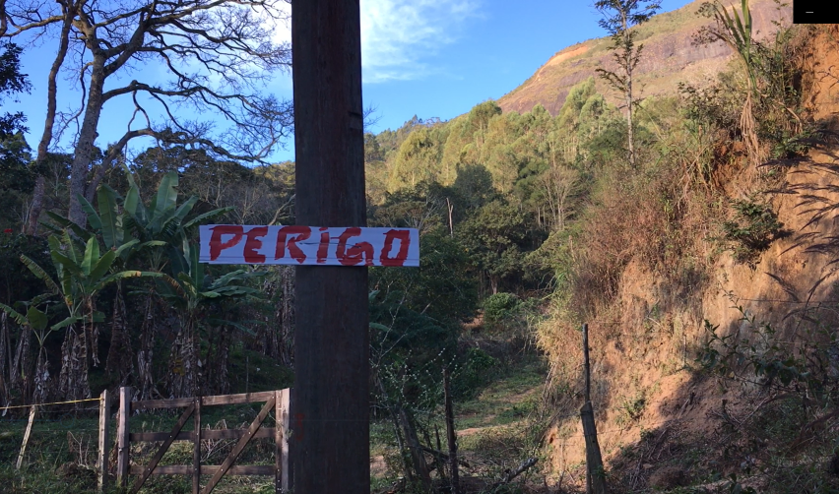 We emerged at the horse farm, which was set on a bowl of grassland nestled between the knees of the valley and with a picturesque lake. Colonial era buildings stood abandoned and a bell clanked dully in the listless breeze. Only a barking dog was suggestive of human presence, straining and snarling at its leash. I was reminded of the movie Deliverance. It was becoming distinctly spooky.

‘We may have to admit defeat,’ I said. 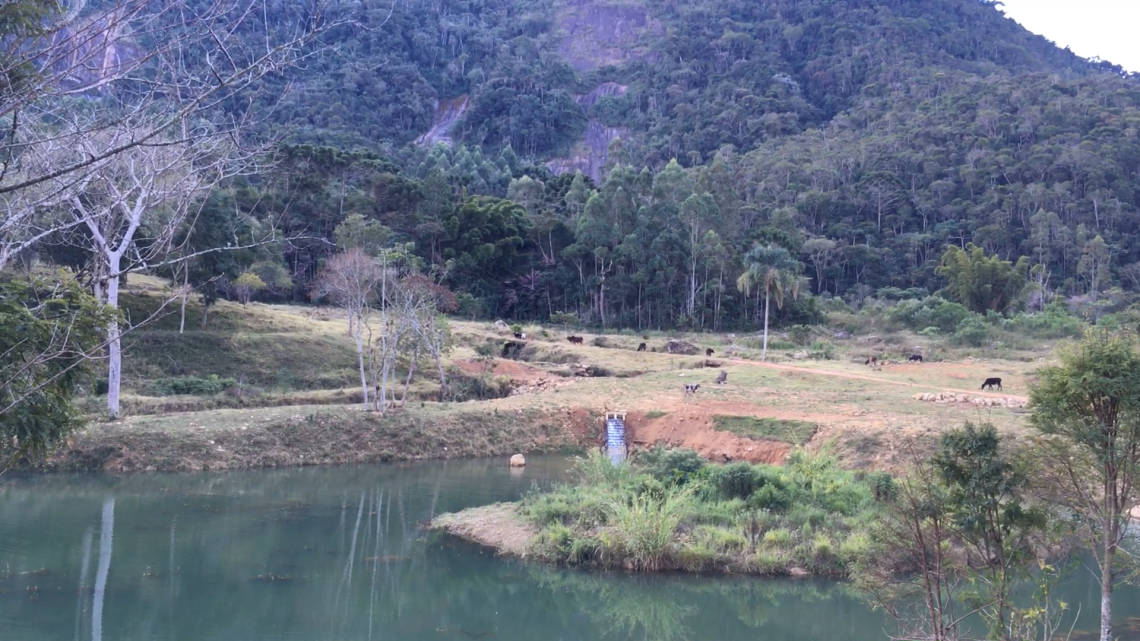 At that precise moment a battered old car came tearing up the track in a cloud of red dust like the Archangel Gabriel and all his heavenly host. I daresay the passengers were a little surprised to see us with our rust-stained shirts and cameras. But halleluiah and glory be, the labourers knew exactly where to find the ranch. It was game on.

We stormed back down the track. The car was untouched. We raced back through the valley to the rather appropriate accompaniment of ‘Ride of the Valkyries’ on the radio. The sun tumbled below the horizon with tropical alacrity, casting the forest into cardboard cut-outs of blackness on both sides from which sounds of madness emanated. Then we arrived.

With its high walls and razor wire, the compound would have befitted a Colombian drug lord. It transpired that like most Brazilians, the security guard was not a Cerveró fan, and only too happy to let us call the intercom. A wavering voice answered in Portuguese.

Ruy’s eyes glittered with triumph. ‘It’s him,’ he hissed.

Cerveró’s very first question was, ‘How did you find me?’

The villain would not admit us, nor divulge anything of value during a strained conversation. But that did not stop the rush of euphoria we felt at actually having located him. To the best of our knowledge we were the first investigative journalists to track him down. 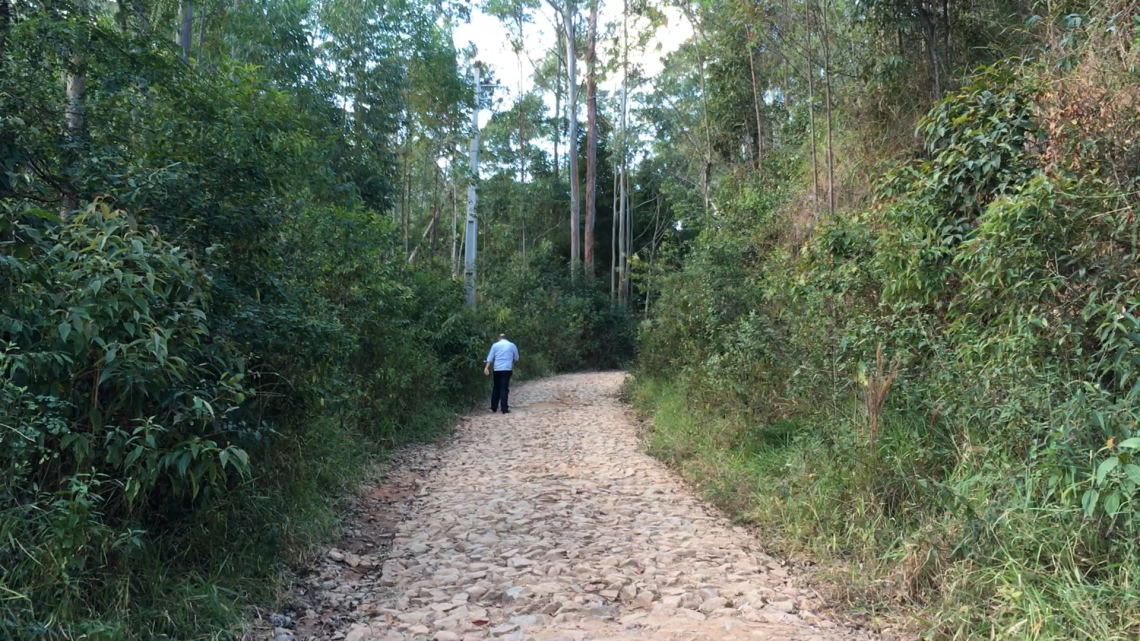 There is a coda to this story, however, and alas it pertains once more to Ruy’s driving. Actually, I correct myself: to his direction finding. In the name of health and safety I assumed the wheel for the return leg, whilst he navigated us back to Rio in the dead of night (not an ideal turn of events in possibly the world’s most violent country). We were fifty miles from the city when Ruy told me to turn off the motorway.

I frowned. ‘Are you sure? This is the way we came.’

An overhead motorway sign told us Rio was dead ahead.

‘Ed, man, I’m Brazilian. Don’t tell me how to find my way around my own country.’ And then the famous last words: ‘This is a shortcut.’

So it was that at the behest of the world’s greatest fixer and with the questionable aid of Google Maps, we turned off the motorway to head once more into the unknown.

We drove for about an hour. I had absolutely no idea where we were. It was getting built up – but nothing like the skyscrapers of Ipanema. This was favela, a spaghetti sprawl of alleyways with brick and tin shacks teetering over them. It was past midnight, a handful of people still about. The atmosphere was testy.

He locked the car doors. ‘This isn’t Ipanema.’

‘What have you done?’ I asked carefully.

‘There’s a road here with the same name as ours. I selected it by mistake. We’re in a really dangerous favela. This is a serious situation, man.’

‘OK,’ I said as calmly as I could. ‘Let’s just keep calm. We’re going to calmly turn around, then drive back the way we came.’

‘What happens now?’ I asked. 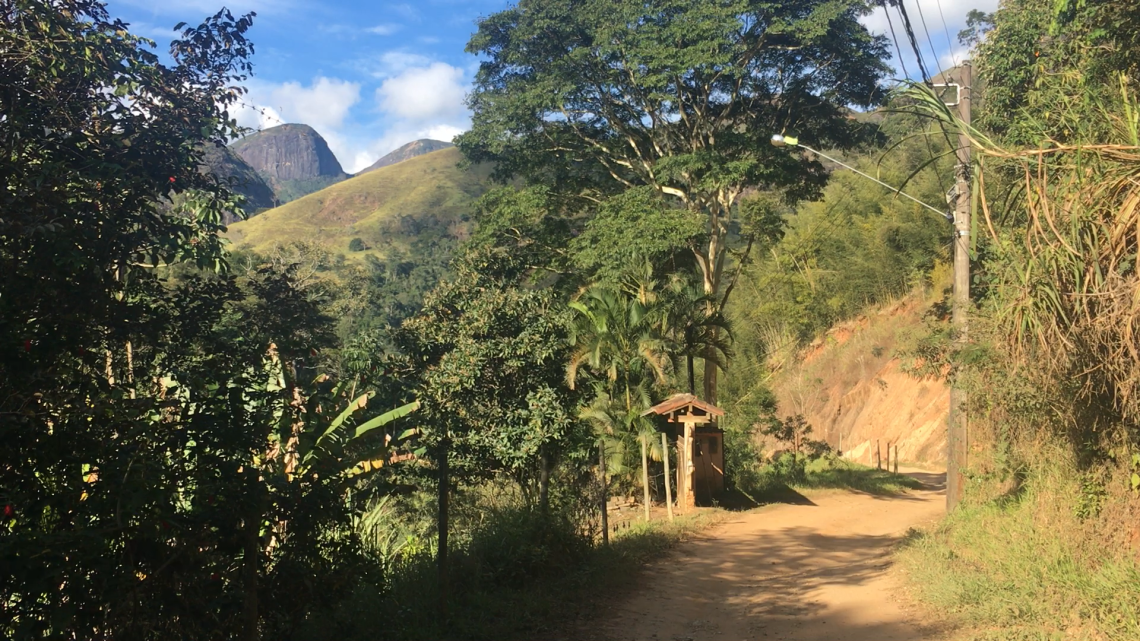 E.M. Davey is a 37-year-old novelist and investigative reporter specialising in undercover journalism, environmental crime and international corruption. During nine years at the BBC he worked on exposés for programmes such as Panorama and Newsnight. He is currently Head of Rainforest Investigations at the NGO Global Witness. His thrillers mash up history, 21st century espionage and meticulous research, blurring the lines between reality and fiction. He once got charged by an enraged hippopotamus and had to climb a tree to escape. Find out more at www.emdavey.com

The Killing Gene (Duckworth Books)
When a beautiful young archaeologist goes missing in the Congo, Professor Randolph Harkness goes looking for her - only to stumble on a conspiracy to conceal ancient horrors, lost in Deep Time. Evading spies and trained killers, he reveals the untold story of human origins, the paradox of the modern mind... and our innate predilection for murder. Africa, central Asia and Poland are the backdrop to this gripping, action-packed thriller.

* Following this, Cerveró's sentence was later reduced to less than two years.