Wilbur digs deep for observations from his time spent working and researching in a South African gold mine, where the fear of tunnel collapse lurks around every corner.

Western Deep No. 3 Shaft plummeted more than a mile into the ground. As we rattled down, the air around us seeming to harden as the pressure built up, I was reminded of the first time I had gone underground. The unpleasant feeling in the pit of my stomach was frighteningly familiar from the days I had accompanied my father down a mine shaft much the same as this, and the long, tiresome hours I had spent trailing after him as he made his rounds. Those networks of tunnels, shorn up with wooden props, and the suffocating heat which the miners endured, had been no place for a boy. Yet, later – when we had moved to my father’s ranch and the prospect of what lay beneath the surface no longer seemed so dull – I had joined a caving club and gone on potholing expeditions with companions from school, exploring natural crevices and tunnels in the rock. It had been on one of those first trips that my eyes had been opened to the fascination of the depths. 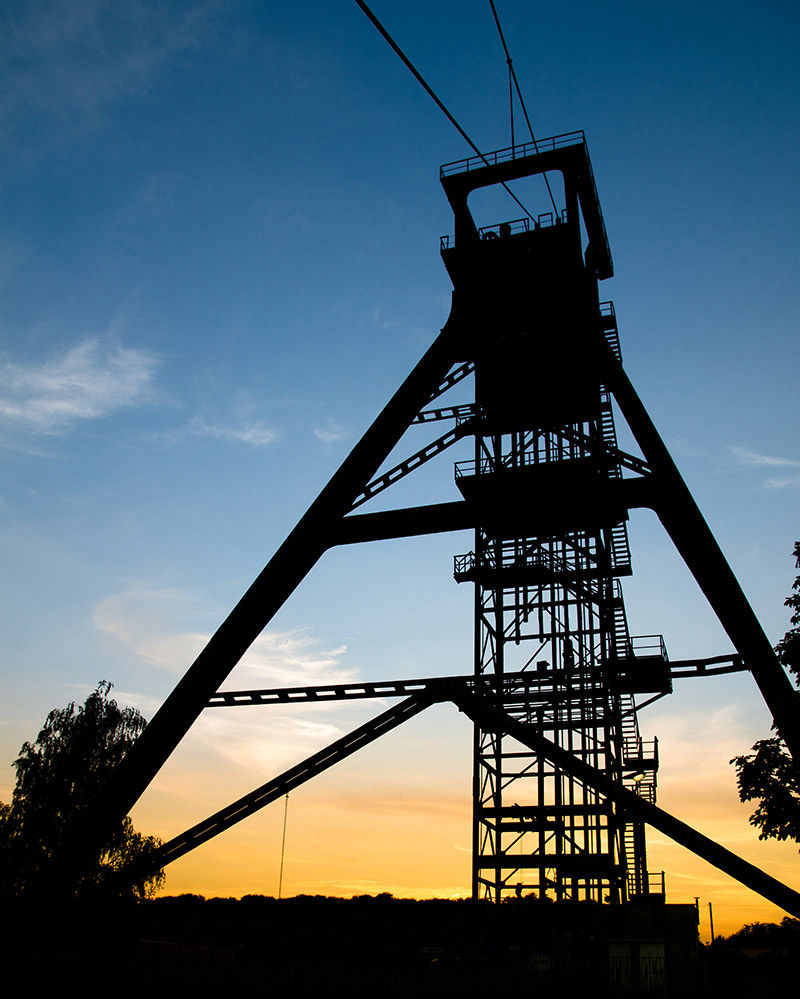 At last, we reached the bottom of the mine shaft. The skip gates clattered and came apart. The miners who had been crowded in with me trudged out into a narrow tunnel and, one after another, disappeared into the darkness, the lights on their helmets fading to points. It was eerie and strange, an unreal world of blackness, shadows and unexpected glaring illumination. When they were gone, there were only two figures left in the cavern: me and the mine overseer who had been given the responsibility of showing me around the tunnels.

George Orwell wrote about English coal mines in The Road to Wigan Pier and his words were ringing in my ears: ‘The place is like Hell, or at any rate like my own mental picture of Hell. Most of the things one imagines in Hell are there – heat, noise, confusion, darkness, foul air and above all, unbearably cramped space.’

‘Stay close,’ the overseer said. ‘There are five hundred miles of tunnel down here. Some of those boys will have to walk two miles before they even start work.’

We began our tour of the mine. It was baking hot, and the walls themselves seemed to be perspiring as if they too were gripped with the effort of extraction. Water was sprayed liberally throughout the mine, not just for its cooling effects, but to damp down the clouds of dust that billowed through the tunnels. That dust could be cancerous to the miners who might spend long days breathing it in. The atmosphere was muggy, but that was something the miners were acclimatised to. Coming in from the bush, many of the untrained mine workers would have to spend long periods in the compound’s steam rooms, so that their bodies became attuned to conditions this far underground. The pressure of the rock overhead could amount to as much as 12,000 pounds on a single square inch, and the risk of cave-in was something miners lived with daily.

The gold mine was a honeycomb, its cells and tunnels spreading out in every direction. We set out following the signposted tracks where ore was being transported back to the surface. On occasion the tunnels resounded with explosions from even deeper inside the mountain, the after-effects of dynamite being laid and set off, all part of the mine’s never-ending quest to expand. The mine around us seemed alive, organic, constantly looking for places to infiltrate, always growing with new shafts and tunnels. As soon as a mine like this stood still it would grind to a halt. Only by going deeper, wider and richer could it continue to exist. It was a hungry beast with no sating its appetite, much like the gold market it was supplying. Today, Western Deep Levels are working the earth more than two-and-a-half miles beneath the surface, one of the deepest complexes in the world. In the years to come, they will plunge deeper and deeper still. 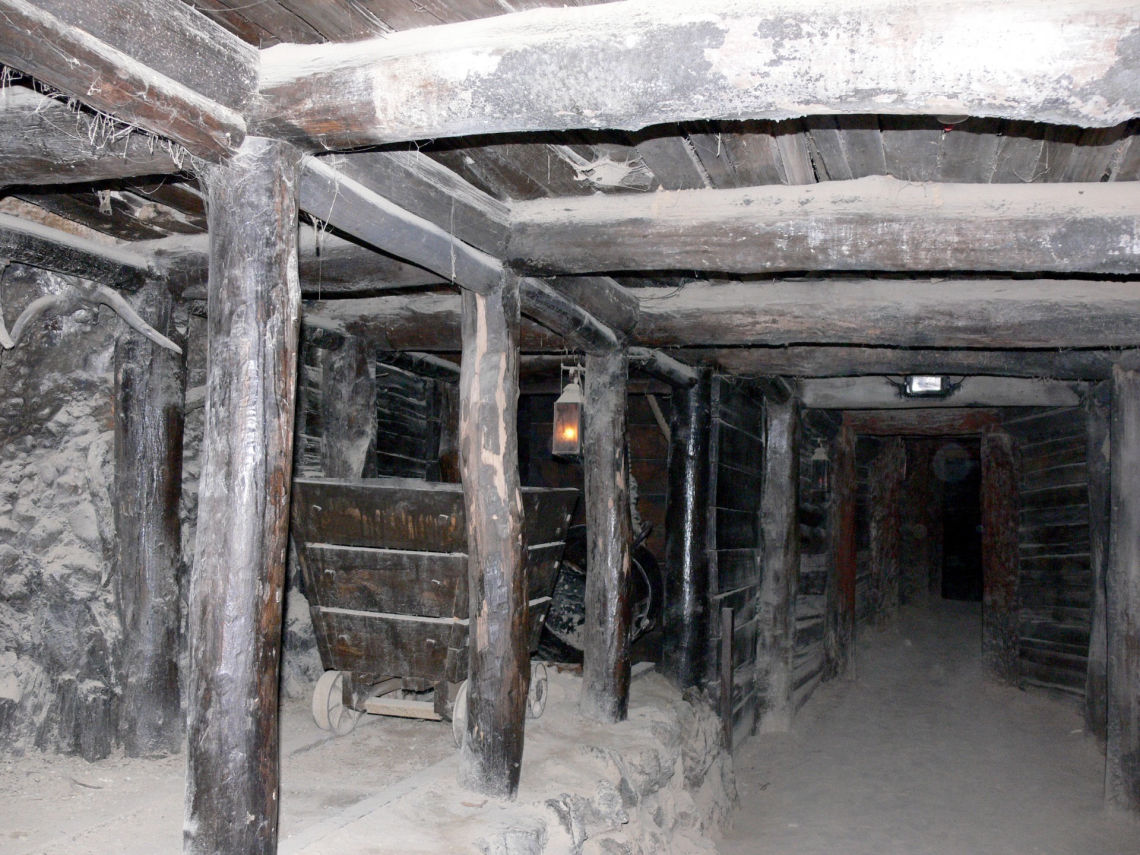 Most of the men working these tunnels were black workers from the rural homelands of South Africa. Although South Africa’s racial tensions would soon explode with fire and blood in the world up above, in these tunnels there seemed to be no enmity between black and white. A miner was a miner, and that eclipsed the racial divide. The workers we encountered had come from all over: they were Zulu and Matebele, Sotho and Shona, Portuguese, Poles and Europeans from even further afield. Often the overseers were the educated white miners, and the men from the different African tribes seemed to have gravitated together so that gangs of Matebele men would work on the mine face, while a cohort of Zulu boys transported the ore.

After tramping through endless cramped, claustrophobic tunnels, the overseer and I reached the mine face, where more tunnels were being advanced into solid rock. This was dangerous work. There was no natural oxygen, it was pumped down through ventilation pipes of the kind my father built to make his fortune, and the air hung thick and heavy around us. The lights strung up from the wooden rafters flickered and strobed, sometimes short-circuiting and sending the world into a darkness more absolute than any I’d ever experienced on the surface. Down in these depths, the water leaching up through the rock was coppery and poisonous, laced with natural arsenic from the minerals in the earth. And there was the constant fear of tunnel collapse lurking around every corner.

The men seemed heedless to the everyday hazards. The mines attracted a hard breed of man, capable and uncomplaining, bolstered by the relative riches of their wages. The true gold rush might have been over for generations, the land now monopolised and controlled by companies like Western Deep Levels, but the rewards for the miners were compensation for hardships in a gruelling world.