Writing by day and conscripted into the Rhodesian Bush War by night, Wilbur sees conflict in his homeland first hand.

In November 1965, I had isolated myself in the Inyanga mountains to write. The success of When the Lion Feeds had encouraged me to pen The Dark of the Sun and then The Sound of Thunder. I was writing about war – in this case, the Anglo-Boer War. It was a time of violent conflict, with Sean Courtney rising to become the leader of a commando unit running guerrilla raids in the veldt, but it wasn’t only in fiction that the horns of war sounded. In the real world, the mountains where I had settled had become a frontier in a terror war of our own. Across the border in Mozambique, dissident Rhodesian terrs had made a base of operations, coming over the mountains in the dead of night to wreak chaos on our unsuspecting land. 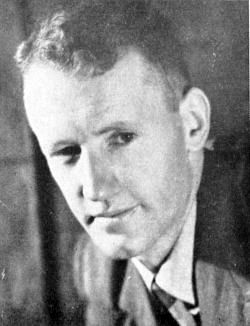 Later that month, Ian Smith, the Rhodesian Prime Minister, made his unilateral declaration of independence, declaring Rhodesia a sovereign state independent from the British Crown. It was an act that intensified the disharmony already growing between the government and the black nationalist groups in the country, including the Zimbabwe African National Union – led by future tyrant Robert Mugabe – who stepped up their actions, indiscriminately killing citizens and inciting riots in townships across the country. This was the onset of the true Rhodesian Bush War, a barbaric conflict that would last fifteen tormented years and tear a once beautiful country apart. Every man of fighting age in the nation was called up in the defence of the country – and so, one morning, instead of receiving news of translation sales and movie deals, I opened my morning post to receive papers summoning me to duty.

The Unilateral Declaration of Independence had been imminent for some time. We had all known it was coming; the only question was when the storm would finally break. Now it had erupted all around us. I returned to Salisbury where I managed to write during the day but my nights consisted of long, tense patrols around the townships that circled the city as a member of the reserve in the British South Africa Police.

As evening paled to dusk, men all over Salisbury were preparing to discard their daytime roles, pretend that they weren’t accountants, bank clerks, or salesmen, and report for another patrol. That night, I left my house and climbed into the waiting Land Rover. Inside were the three other men of my patrol. None of us had known each other before the start of the war, and we were unlikely to meet again after our service was over. It was tough work but we were stoic about it. We were not here as friends. Most of the men were like me, unmarried, in their early thirties, used to desk jobs by day. We had full-time police as overseers, but there had been no training. We were not drilled, and nor were we equipped as soldiers, not least because the international arms embargo placed on Rhodesia left us woefully short of gear. In standard-issue uniforms, with batons at our sides, we ran our patrols four or five times a week and, with whispers of all-out war on the horizon, hoped that a bullet wouldn’t find us first. 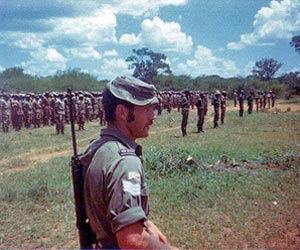 The patrols were stressful, endless circuits around the townships, where strangers looked at us suspiciously but never said a word. Sometimes there were rumours of riots, crowds incited by the men we called terrs, the black nationalists threatening open war, but often they were ill-thought-out gatherings, disorganised and quick to disperse. We would be called out as a show of force to stop the riots in the townships from starting. Once, as we patrolled on foot through the early-evening dusk, a glass bottle arced overhead, shattering on the ground at our feet. When we looked back, a group of men had gathered in the dust road between the shanties, anticipating confrontation. These were only the first signs of what was to come.

© Wilbur A. Smith (Excerpt from On Leopard Rock)

Read more of Wilbur’s adventures in the Rhodesian Bush War in his book On Leopard Rock, Wilbur’s new autobiography.