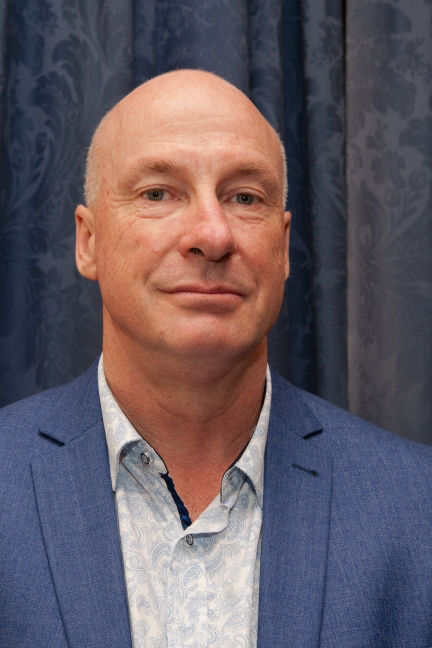 Whenever Air Traffic Control (ATC) turn out crash crews to an aircraft emergency, they do it by activating the crash alarm, a loud horn located in the crash truck bay. The crash crew then run to the trucks and receive details of the emergency over the radio. ATC have three levels of priority to choose from, the first two levels initiated by the pilot of the emergency aircraft. The first is called a PAN, a Precautionary Advisory Notification. This means the emergency is of a minor nature, but assistance may be required from crash crew on landing. PANs are declared for such things as smoke in the cockpit or a minor failure of some aircraft component. The second level is a MAYDAY. This is more serious, as the pilot has declared that the aircraft may not be able to carry out a normal landing or even be able to make it to the runway. The third level goes one step beyond and is reported over the radio by ATC as a ‘CRASH’, which means the aircraft has impacted with the ground, either on the runway or somewhere else. PANs are fairly common and MAYDAYs a little less so, but CRASH, thank goodness, is extremely rare. Some members of crash crew can go through their entire careers without attending a crash. I have been lucky (or unlucky, depending on which way you look at it) to have experienced several. This is the story of one of those incidents.

One late afternoon, I was the duty Airfield Fire Controller (Fire Chief) in charge of a crew of firefighters on crash crew. Local flying had finished for the day with nothing scheduled for that night, so I sent three of the four firefighters on duty with me to the base mess hall for dinner, and they departed the fire station in the crash truck. The other firefighter remained in the watch room, a permanently occupied duty position. I had just placed my own dinner in the microwave when the watch room called to say that Air Traffic Control had activated for a flight of five U.S Navy F/A18 Hornets on their way to the base from an aircraft carrier off the coast – ETA five minutes. This came as a surprise and, not wanting both my crew and the crash truck out of the station for the arriving aircraft, I called them back from the mess hall. However, fighter jets are much faster than crash trucks and the aircraft began to land before my crew were back. This was not a big deal as they were only moments away and I had other trucks in the station for my own use. 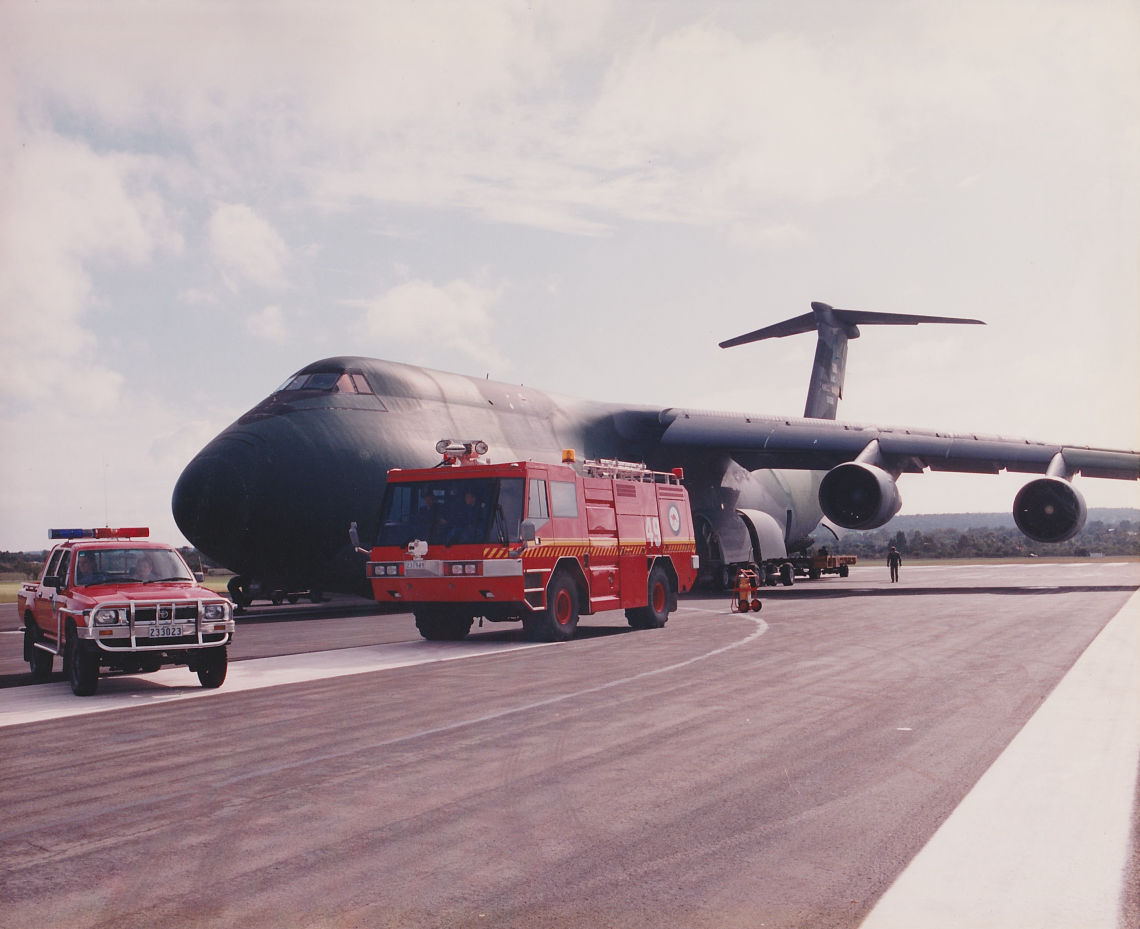 The crash alarm sounded, startling any thoughts of dinner from my mind. I ran to one of the spare trucks and called up ATC on the radio. My crew reported that they were back on the airfield and only moments away. It was then that I heard those ominous words from the duty air traffic controller: ‘Crash-Crash-Crash.’ ATC went on to tell me that one of the landing fighters had crashed at the southern end of the base. I drove the truck out of the station and, as luck would have it, my crew and the other crash truck were already on the main taxiway, heading south, so I tucked in behind them. In the distance I could see a large cloud of smoke rising from bushland beyond the base perimeter fence and I feared the worst for the pilot.

Every airfield has a series of crash gates positioned around the perimeter to allow the crash trucks a rapid exit to the scene of a crash, and I instructed the crash truck driver to head for the southern-most gate. Crash gates are designed to be driven through at speed, shattering as the truck hits them, but this carries some risk of damaging the truck and putting a halt to the response. A security dog handler, on patrol near the southern perimeter, saw the crash and the rapidly approaching trucks and had the presence of mind to open the gate. We raced through and onto the gravel road outside the base, but the aircraft had gone down in a creek bed about a hundred metres across a paddock further on. True to his training, the crash truck driver lined up his vehicle with a fence post and ploughed into it, bringing the fence down with it and allowing us access to the paddock.

In the distance I could see the tail section of a Hornet jet in the bushes, then something else caught my eye: a lonely and dazed figure in a flight suit, helmet still on, walking towards us. I instructed the crash truck to continue on to the aircraft and pulled up beside the pilot, a hundred different thoughts going through my head and trying to single out the important ones. 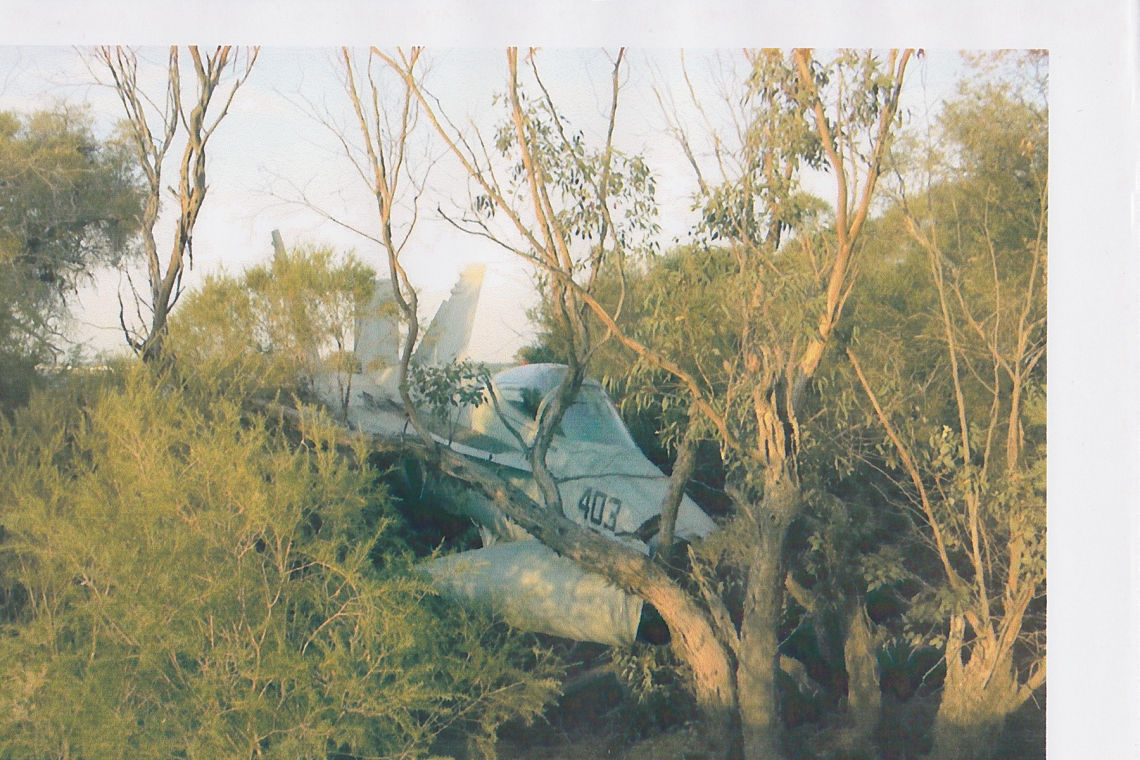 ‘Sir, are you ok?’ I asked. He was walking, which was a damn good sign.

The pilot looked at me, unclipped his helmet and pulled it from his head. I didn’t know if he’d heard me or not.

This time I got his attention. ‘I’m a bit shaken up, but nothing broken,’ he told me.

I ran a critical eye over him and could see no obvious signs of injury. ‘Did you eject from the aircraft?’ He was not dragging a parachute or wearing a harness, but he may have removed it already, so I had to ask.

I glanced at the tail of his aircraft poking out of the bushes at a funny angle.

‘Is it a single seater? Were you the only one aboard?’ If the aircraft was a dual-seat model, there may still have been a casualty to deal with.

‘A single seater.’ This comes as welcome news.

The security dog handler pulled up beside me and I asked her if she could transport the pilot to the base medical centre to be checked over. She agreed and took the pilot off my hands.

In the distance I could see my crew in their firefighting gear running out a hose line. Good boys.

I jumped back into the truck and drove the short distance to the aircraft. It soon became apparent that the aircraft was not on fire and that what I was seeing in the air was dust raised from the aircraft’s long slide across the paddock, not smoke. With one potential hazard crossed off the list, I turned my attention to others. A quick check of the undersides of the aircraft wings revealed no bombs or missiles suspended there, so I didn’t have to worry about something going bang. Next, I turned my attention to the ejection seat and sent one of my firefighters into the dry creek bed to check it out. Ejection seats are operated by explosive devices and can be quite hazardous, especially to firefighters in an emergency. The firefighter reported back that the pilot had vacated the aircraft in such a hurry, he’d forgotten to safety the ejection seat, a task that the firefighter then carried out himself.

I could see no fuel leaks or any other fluids, but one more hazard remained. This aircraft was fitted with a FLIR (Forward Looking Infra-Red) pod under the nose, which contains low-grade radioactive material, a hazard if it had broken open. Again, the boys went in to check it out. It must have been my lucky day, because the FLIR pod was still intact. Satisfied that the aircraft was as safe as I could make it, we waited for a higher authority from the base to arrive and I handed the scene over to them.

Even now, years later, when I think about it, I can still hear the urgency in the air traffic controller’s voice as he repeated that word to me over the radio: ‘Crash-Crash-Crash.’

Bill Swiggs was born in Victoria and brought up in Western Australia, where he still lives. He joined the Royal Australian Air Force as an aviation firefighter before becoming a police officer, and now works as a firefighter for a defence contractor. Bill divides his time between working, writing, flying and his grandchildren. His first novel, Blood in the Dust, is a fast-paced adventure story and the winner of a Wilbur Smith Adventure Writing Prize.

Blood in the Dust (Zaffre Books)
1853, Victoria, Australia. Five bushrangers led by the murderous outlaw Warrigal Anderson raid a small homestead. When they ride away, nineteen-year-old Toby O'Rourke's life is changed forever. His parents lay dead at his feet and his brother, Patrick, is badly wounded.
But Toby O'Rourke is made of steel forged in the hardship of colonial life. Forced into adulthood, he and Patrick will seek to restore the family fortunes and outwit not only the rich businessman who conspired to rob them of their birth right, but the vicious men who murdered their parents . . .