Even by Wilbur Smith’s Olympian standards of epicness, it was a huge proposition.

His first novel, When the Lion Feeds, introduced the world to the Courtney family in 1870s South Africa, on the eve of the Zulu war. His prequel trilogy – Birds of Prey, Monsoon and Blue Horizon – filled in the swashbuckling backstory of previous Courtney generations, up to the 1730s.

Now he wanted to bridge the gap. Almost 150 years of history, six or seven more generations added to the family tree: generations that would, by family tradition, be snared in an operatic web of betrayals, feuds, love, fortune and adventure. A huge proposition, but this was what Wilbur was going to do.

And he wanted me to help him. 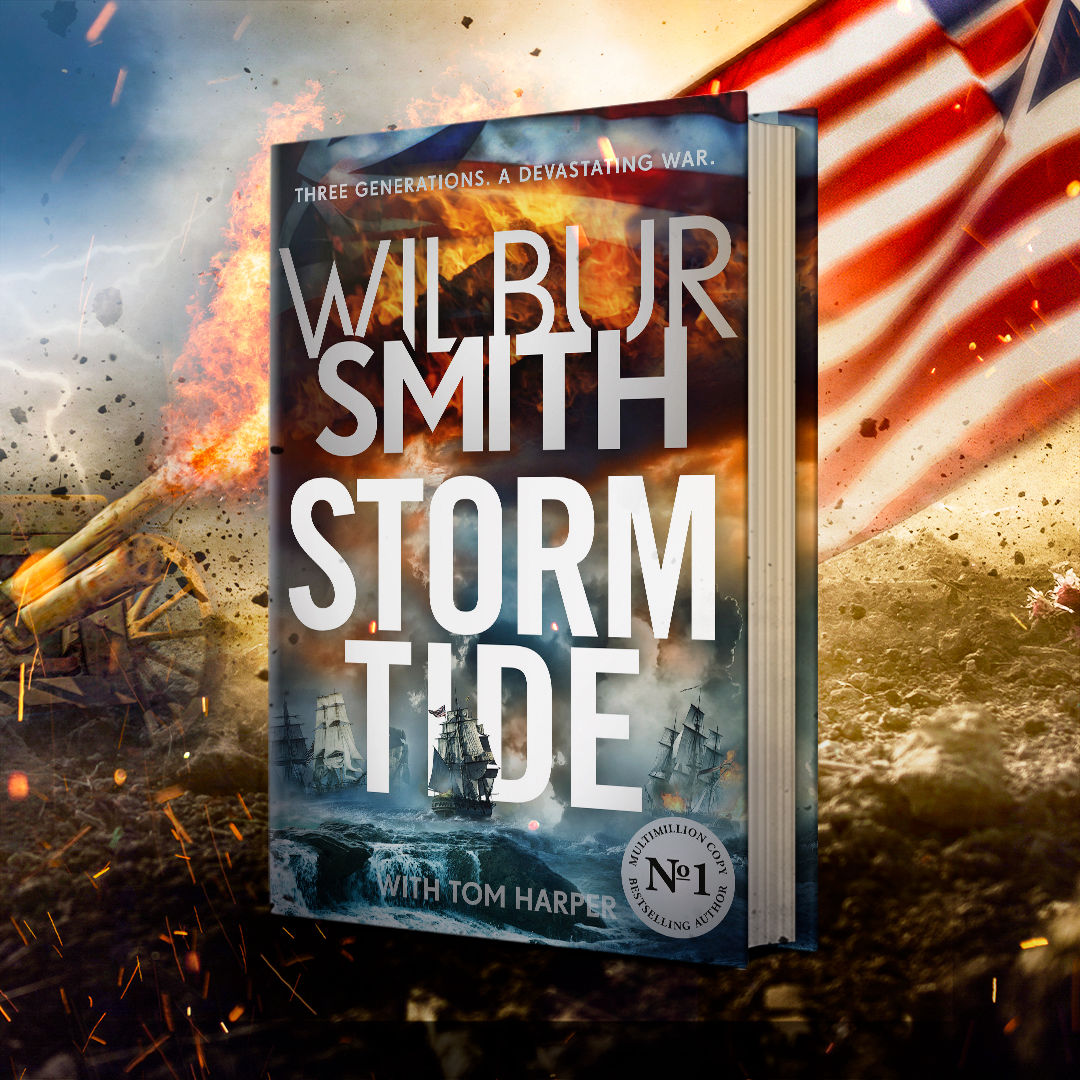 This wasn’t my first brush with the Courtneys. A year earlier I’d been recruited to co-write The Tiger’s Prey, which told the story of what happened in between Monsoon and Blue Horizon. We set up an initial meeting in London with Wilbur’s agent, and before I left home, in York, I picked up a copy of Monsoon to read on the train down. By the time I got to King’s Cross Station, I was completely hooked. Like tens of millions of readers before me, I couldn’t get enough of Wilbur’s world: exotic places vividly described, characters you lived every second with, and a story that didn’t let you go for nearly a thousand pages. There were scenes that any author would have been proud to have as the centrepiece of one of my novels: with Wilbur, those scenes come approximately every chapter, and they’re only the building blocks for something even grander.

Wilbur had a vision of a family saga that would span decades and continents, unfolding the history of successive generations of Courtneys. And what a period to work with. The Courtneys have always existed in the nexus of trade, politics and war that attended Britain’s expansion from rainy northern-European island to global imperial superpower. The history wasn’t always pretty (often it was downright horrible), but you couldn’t take your eyes off it. And as we debate whose statues get taken down, whose stories get told and whose blood paid for our empire, it’s history that’s still painfully relevant. With their highs and lows, heroes and villains, extreme characters put in extreme situations, the Courtneys are the perfect family to explore all the epic contradictions of the period: heroism and hypocrisy, love and greed, sacrifice and exploitation. 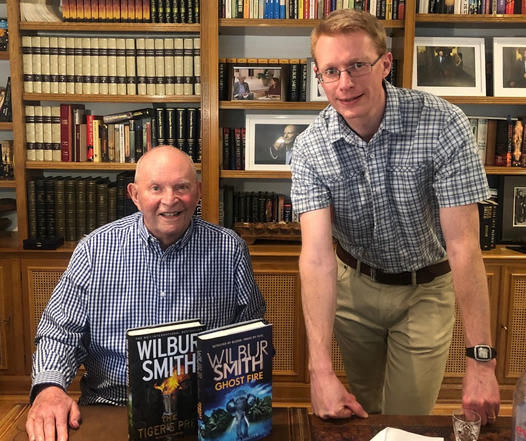 Together, we mapped out a sequence of books that would take the Courtneys through the period, layering their family conflicts and desires on the backdrop of historical fact. One of the things I always loved about the Courtneys was how they reveal how connected the world was, even hundreds of years ago. Tea from China funded wars in India and sparked revolution in America, while the sugar that sweetened it was produced in the Caribbean by enslaved people kidnapped from Africa, in exchange for the goods pouring out of Britain’s newly industrialised factories. To tell that story, we would have to range all across the world, from grass huts on the Tugela river to palaces in England, from prison colonies in Australia to the frontiers of North America. It was, as I may have mentioned, a huge proposition.

For an author as spectacularly successful as Wilbur was, he also turned out to be the most genuine collaborator imaginable. The Courtneys are spun from the cloth of his own family, particularly his father and his grandfather. I’ll never forget an afternoon we spent in Cape Town together, looking at old black-and-white family photographs. It was the first time I really understood how close the Courtneys are to Wilbur. He didn’t just know them: he was them. He’d carried their stories in his head for over fifty years, so I imagine letting another author in on them can’t have been an easy decision. But once he’d made up his mind, he did it wholeheartedly (I think this was characteristic of most things he did in his life).

The freedom to tackle these stories was the greatest gift Wilbur gave me as a writer. At our very first meeting, he was clear that once we agreed on his outline, I would be given a clear run at the first draft. ‘Tom has to make it his,’ he said, when someone questioned him. ‘And after that I’ll make it mine,’ he added, with that customary mix of a stern tone and a twinkle in his eye which meant you never quite knew how much he was joking. But he was right. He knew how to get the best out of me, and then how to make it better.

Seeing what Wilbur did with the books was an education in itself. While I was writing, he would push me to make them better: stronger personalities, clearer motivations, deeper emotions. If he changed an action scene, it wasn’t because the action was bad per se, but because it wasn’t doing what it needed for the characters.

When I got his final drafts back, I’d go through to see what he had changed. His edits ran right through the book, but the most substantial rewrites were invariably on the biggest emotional moments. He would zero in on those, and then lift them. It put me in mind of those renaissance painters, who were happy to let their assistants paint in hands, feet, sky, scenery – but who insisted on doing the faces themselves. They knew that that was what defined the picture and made it come alive. That was their genius.

The Courtney series is recognised as the longest-running series of books in publishing history. Thanks to the stories that Wilbur left, it’s still got a way to run. Storm Tide is the latest, but not the last.

Tom Harper, co-author of The Tiger's Prey, Ghost Fire, Storm Tide and three titles to come in the Courtney series.

Storm Tide is out in the UK, SA, Australia and NZ in Hardback, ebook and Audio. American and Canadian readers can discover the new adventure in June.