“Wilbur worked very hard until his very last day to put onto paper the depths of his imagination, relaying to his readership the history and the heights of African adventure. The Wilbur Smith estate is taking great pride in seeing that his works are completed and his legacy is continued”

Bonnier Books UK and the Wilbur Smith estate have released details of upcoming titles from the “treasure trove” of novels completed prior to the author’s passing, including a further Courtney adventure and a new novel set in Ancient Egypt. 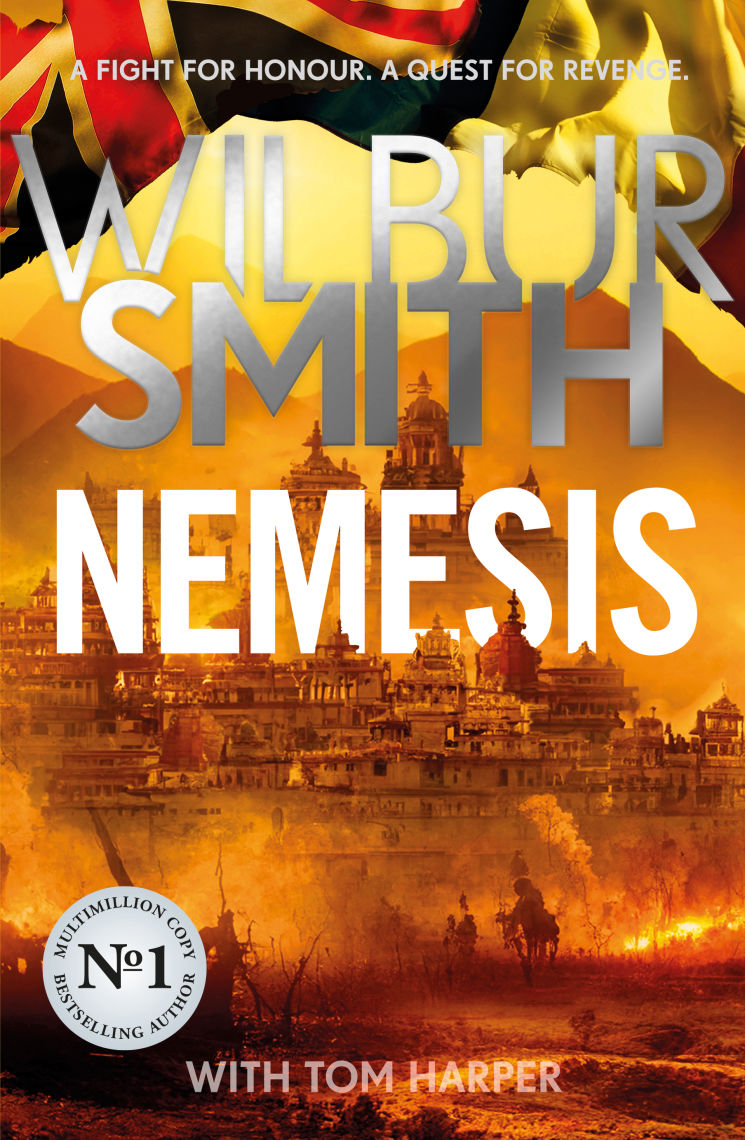 Set against a backdrop of the French Revolution and Napoleonic wars, Nemesis, to be published in April 2023, picks up from the Sunday Times bestseller Storm Tide to continue the ‘Birds of Prey’ sequence of the Courtney family series – the longest in publishing history. The next two titles in the sequence will follow in April 2024 and April 2025. All three manuscripts were completed by Wilbur Smith, in collaboration with co-author Tom Harper, who also worked alongside Smith on previous Courtney bestsellers Tiger’s Prey, Ghost Fire and Storm Tide.

Testament, the latest in Wilbur’s bestselling Ancient Egyptian series, co-authored by Mark Chadbourn, will be published in September 2023. Following on from The New Kingdom in September 2021, and Titans of War in 2022, Testament opens with the Egyptian victory over the invading Hyksos army in Thebes and a divided Egypt in desperate need of leadership to restore its fortunes.  2024 will see a final adventure to complete Wilbur’s vision for this story arc set in the world of his beloved character Taita.

Altogether, Wilbur Smith and his co-authors completed ten adult titles prior to his passing in November 2021. Wilbur was particularly keen to unite the two strands of the Courtney family tree, bringing the Courtneys of Europe and the Courtneys of Africa together to complete his exploration of the touchpoints of world history from the 1500s to the present day, as seen through the eyes of one family dynasty.

Wilbur’s imagination and creative powers remained undiminished until the end, and he left many notes and drafts outlining his plans for future titles. Bonnier Books UK and the Wilbur Smith Estate look forward to working with the talented co-authors Wilbur selected to complete these unfinished works, which include further adventures set in the history and mythology of Ancient Egypt and two more titles in the Prey Zone series for middle-grade and teen readers that launched in September 2022 and continues in September 2023 with Prey Zone: Serpent’s Lair.

Kate Parkin, Managing Director of Adult Trade at Bonnier Books said “While the undisputed Master of Adventure is sadly no longer with us, his remarkable talent for storytelling and world-building shines throughout these forthcoming books.  We look forward to sharing this legacy with the legion of Wilbur Smith fans worldwide for years to come”.

Niso Smith, Director of the Wilbur Smith Estate, said “Wilbur worked very hard until his very last day to put onto paper the depths of his imagination, relaying to his readership the history and the heights of African adventure. The Wilbur Smith estate is taking great pride in seeing that his works are completed and his legacy is continued”.

2023 would also have seen Wilbur Smith’s 90th birthday, and to mark this, several events and special projects will take place throughout the year, including the release of a one-hour film documenting Wilbur’s work through Amazon Video, a special project to engage gap-year adventurers around the world, and a celebration of his status as a worldwide bestseller during the London Book Fair 2023. 2024 sees the 60th anniversary of When the Lion Feeds, Wilbur’s landmark debut adventure and the release of a special edition, launched with a global campaign asking fans, ‘Where were you when you discovered Wilbur Smith?’.

Find out more about Nemesis here