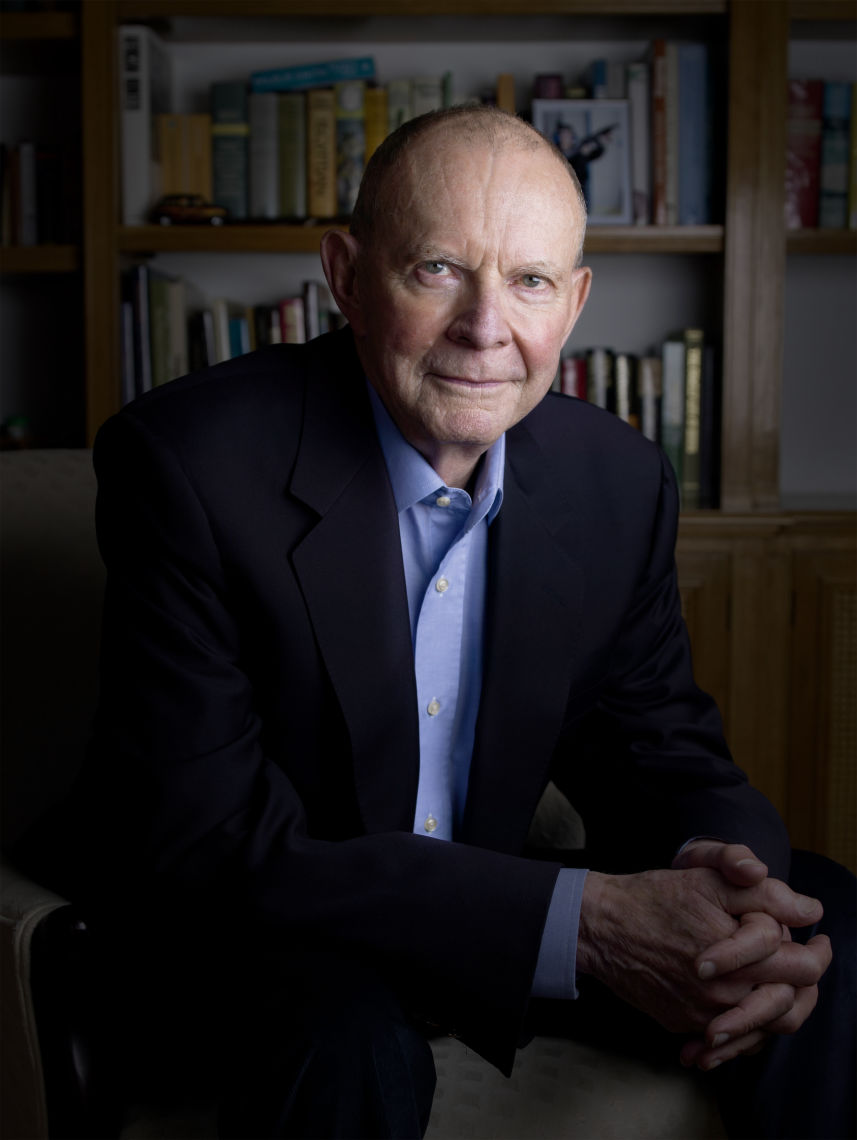 Global bestselling author Wilbur Smith died unexpectedly this afternoon at his Cape Town home after a morning of reading and writing with his wife Niso by his side.

The undisputed and inimitable master of adventure writing, Wilbur Smith’s novels have gripped readers for over half a century, selling over 140 million copies worldwide in more than thirty languages.  His bestselling Courtney Series, the longest running in publishing history, follows the Courtney family’s adventures across the world, spanning generations and three centuries, through critical periods from the dawn of colonial Africa to the American Civil War, and to the apartheid era in South Africa. In the 49 novels Smith has published to date, he has transported his readers to gold mines in South Africa, piracy on the Indian Ocean, buried treasure on tropical islands, conflict in Arabia and Khartoum, ancient Egypt, World War Two Germany and Paris, India, the Americas and the Antarctic, encountering ruthless diamond and slave traders and big game hunters in the jungles and bush of the African wilderness. However, it was with Taita, the hero of his acclaimed Egyptian Series, that Wilbur most strongly identified, and River God remains one of his best-loved novels to this day.

Wilbur Smith’s very first novel When the Lion Feeds, published in 1964, was an instant bestseller and each of his subsequent novels has featured in the bestseller charts, often at number one, earning the author the opportunity to travel far and wide in search of inspiration and adventure.

He was a believer in deep research, meticulously corroborating every fact and adhering to the advice of his first publisher, Charles Pick at William Heinemann, to ‘write about the things you know well’.  Smith, accomplished as a bushman, survivalist and big game hunter, gained a pilot’s licence, was an expert scuba diver, a conservator, managed his own game reserve and owned a tropical island in the Seychelles. He also used his vast experiences outside of Africa in places like Switzerland and rural Russia to assist with creating his fictional worlds. His own life, detailed in his autobiography, On Leopard Rock, was as stirring and incident packed as any of his novels.

Named after one of the pioneer brothers of air flight Wilbur Wright, Smith was born on January 9th, 1933, in Northern Rhodesia, now Zambia in Central Africa. His father, Herbert Smith, was a sheet-metal worker and a strict disciplinarian and it was his more artistically inclined mother, Elfreda, who encouraged the young Wilbur to read the likes of CS Forester, Rider Haggard and John Buchan. 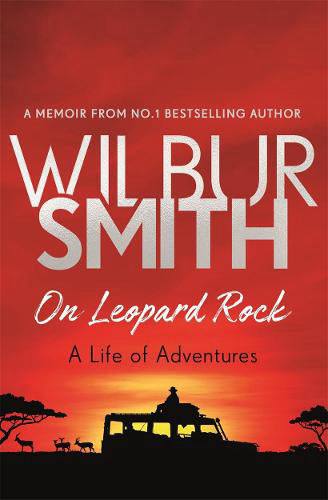 At the age of eighteen months Wilbur became seriously ill with cerebral malaria, and there was a possibility he would be brain damaged if he survived. As he reflected: ‘It probably helped me because I think you have to be slightly crazy to try to earn a living from writing.’

His father thought his son’s obsession with books was unnatural and unhealthy and Wilbur became a secret reader, spending hours in the outhouse long-drop latrine where he kept his cache of favourite novels.

At eight, Wilbur enrolled at Cordwalles boarding school in Pietermaritzburg in Natal, South Africa, a preparatory school with the motto ‘courage builds character’, but the experience was brutal. He read voraciously as consolation, was considered a poor pupil, but excelled in English composition. It was at prep school that he discovered Ernest Hemingway who would have a profound influence on his writing.

Senior school was the prestigious Michaelhouse in what is now KwaZulu-Natal Midlands in South Africa. Wilbur was no happier: ‘Michaelhouse was a debilitating experience,’ he recalled. ‘There was no respect for the pupils. The teachers were brutal, the prefects beat us, and the senior boys bullied us. It was a cycle of violence that kept perpetuating itself.’ Reading and creative writing became his refuge.

At sixteen Wilbur contracted polio which left him with a weak right leg, but it caused him little problem until later in life. The experience prompted his depiction of the flawed hero in his novels, in particular Garrick Courtney in the Courtney series of adventures.

Inspired by his own experience running wild on his father’s ranch, Wilbur wrote When the Lion Feeds, the story of brothers Sean and Garrick Courtney, and the tough life of cattle farming in the shadow of the Zulu wars and the gold rush. It was infused with the world he knew intimately. His agent sent it to Charles Pick, then Managing Director of William Heinemann, who immediately responded to the raw authenticity of the storytelling. 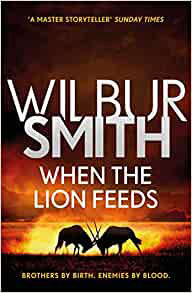 A Hollywood deal followed, and foreign rights sales racked up.  The novel was a bestseller and Wilbur quit his job at the tax office to write full time. His instinctive grasp of narrative, the rich material of his upbringing and the boundless story opportunities of his African homeland produced a string of novels that thrilled an ever-growing readership.  His obsessive dedication to the craft of authorship enabled him to write almost a novel a year, allowing his publishers to build a bestselling brand name.

As well as standalone novels, from piracy and poaching to diamond smuggling and the pursuit of buried treasure, fuelled by high-octane derring-do and featuring rugged wish-fulfilment characters, Wilbur expanded his popular Courtney Series of conflict and ambition within a sprawling family, moving back and forward through the centuries.

In the 1980s he began the Ballantyne Series, chronicling the family’s struggles during Rhodesia’s brief history and a decade later he would begin a series of novels set in Ancient Egypt, the latest of which, The New Kingdom, was published this autumn.

Smith’s personal life was as eventful as his novels. Another marriage producing a son failed, and then he met young divorcee Danielle Thomas whom he married in 1971 until she died from brain cancer in 1999, following a six-year illness.

It wasn’t until he met his fourth wife, Mokhiniso Rakhimova from Tajikistan, in a bookshop near Sloane Square in London, that Wilbur found true happiness and peace of mind.  They married in May 2000.

Niso has been instrumental in managing Wilbur’s legacy project. A deeply loyal man, he had remained with his original publishers for forty-five years, but in December 2012 he moved to HarperCollins in a publishing deal that also included co-authored novels, the first of which, Golden Lion, was published in 2015.  A further move followed in 2017 when Wilbur Smith joined Bonnier Books UK.

A passionate advocate of adventure fiction, Wilbur endeavoured to share his love for the genre through the global charitable foundation he and his wife, Niso, established in 2015. Dedicated to growing the readership for adventure fiction and the promotion of reading and writing for younger generations across the world, the joyous and productive work of The Wilbur and Niso Smith Foundation will continue, led by Niso Smith.  As the final piece of the legacy puzzle, Wilbur and Niso recently started a vertically integrated media company, Leopard Rock Studios Ltd, to produce film/tv and other projects by reimagining Wilbur’s classic IP for a new generation of fans.

As Wilbur Smith said at the conclusion of his memoir On Leopard Rock published in 2018: ‘I’ve had tough times, bad marriages, people I loved dearly dying in my arms, burnt the midnight oil getting nowhere, but it has, all in the end, added up to a phenomenally fulfilled and wonderful life. I want to be remembered as somebody who gave pleasure to millions.’  He remained as committed to his readers as they were to him and their dedication and engagement was one of his greatest joys. On his behalf, we thank them all.

Kevin Conroy Scott, literary agent for Wilbur Smith for the past 11 years, said:

‘Wilbur Smith was an icon, larger than life, beloved by his fans who collected his books in hardbacks and passed his work down through generations, fathers to sons and mothers to daughters. His knowledge of Africa, and his imagination knew no limitations.  His work ethic and his powerful, elegant writing style made him known to millions. I cherish the role of working side by side with his wife Niso and the Wilbur and Niso Smith Foundation to keep the flame of his fictional universe alive for many years to come.

Kate Parkin, Managing Director of Adult Trade Publishing for Bonnier Books UK commented: It is with deep sadness that we mourn the death of our beloved author Wilbur Smith whose seemingly inexhaustible creative energy and passion for storytelling will long live on in the hearts and minds of readers everywhere. Wilbur never lost his appetite for writing and remained working every day of his life.  He leaves behind him a treasure-trove of novels, as well as completed and yet to be published co-authored books and outlines for future stories. It has been a privilege and an honour to work closely with him on this remarkable publishing legacy and we look forward to sharing them with his millions of fans worldwide in years to come.