The Malabar coast is full of dangers: greedy tradesmen, fearless pirates, and men full of vengeance. But for a Courtney, the greatest danger might just be his own family. 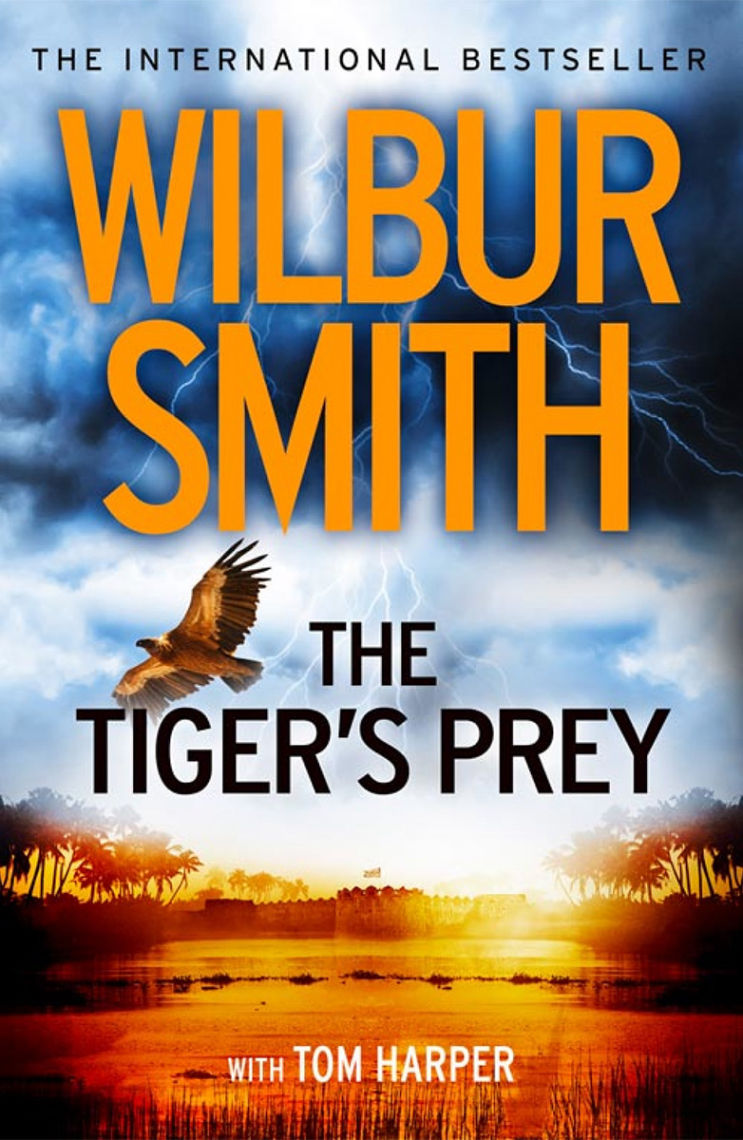 Francis Courtney flees the comfort of his Devonshire estate when his stepfather’s gambling debts leave him penniless and at risk. He sails to South Africa with revenge and fortune on his mind: his uncle Tom Courtney killed his father, and Francis intends to avenge his death and make his fortune in the process. However, upon his arrival in Cape Town, he uncovers a truth that leaves him overwhelmed and disoriented.

Christopher Courtney sets out to make his own way in the world, giving up his privileged position as the son of the Governor of Bombay. The perils and betrayals on his journey carve a fierce warrior out of him, but they also harden his soul and lead him to greater violence and treachery. As the lives of these two Courtney men intertwine, the sins of the fathers will forever alter the lives of a younger generation.

The Tiger’s Prey takes readers on an epic journey from the southernmost point of Africa, through the perilous waters of the Arabian Sea, to the lush Indian coastline. It is an incredible and breathless tale of intrigue and family betrayal from one of the world’s greatest storytellers.

The 'Courtney' novels trace the fortunes, and misfortunes, of this sprawling, ambitious family, from the dawn of the eighteenth century to the late twentieth century. 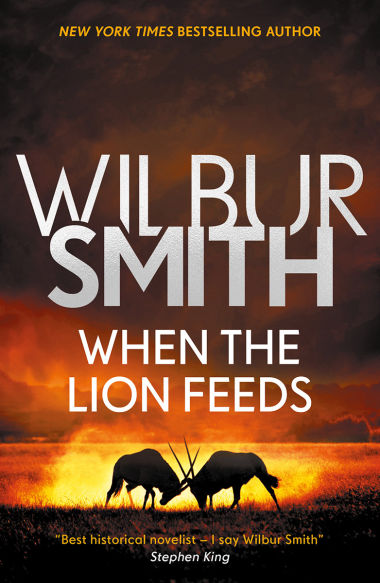 When the Lion Feeds

Book 1 in the Courtney Series

'Something always dies when the lion feeds and yet there is meat for those that follow him.' The lion is Sean, hero of this tremendous drama of the men who took possession of South Africa in the last quarter of the nineteenth century.' 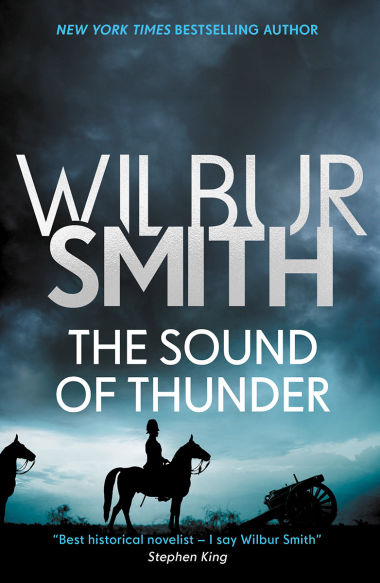 The Sound of Thunder

Book 2 in the Courtney Series 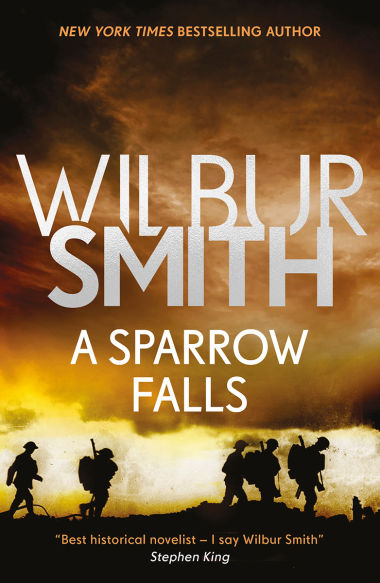 Book 3 in the Courtney Series

'Sean Courtney, who made and lost £5 million on the goldfields of the Witwatersrand and fought his way through the bloody battlefields of the Anglo-Boer War, now makes his final appearance as soldier, statesman and power in the land.' 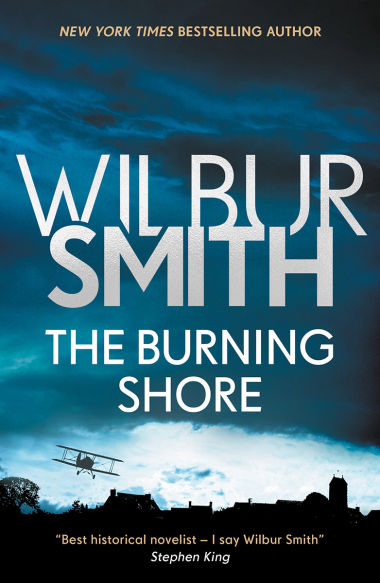 Book 4 in the Courtney Series

'The Burning Shore, the odyssey of a beautiful young woman of aristocratic birth, Centaine de Thiry, in search of love and fortune – a monumental journey of mystery and discovery.' 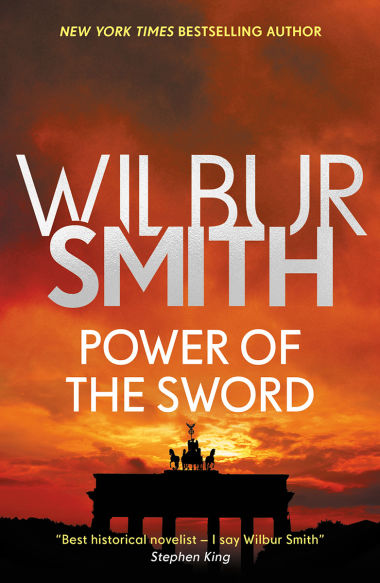 Power of the Sword

Book 5 in the Courtney Series

'Blood enemies from their first boyhood encounter, Manfred De La Rey and Shasa Courtney find themselves adversaries in a war of age-old savagery to seize the sword of power in their land.' 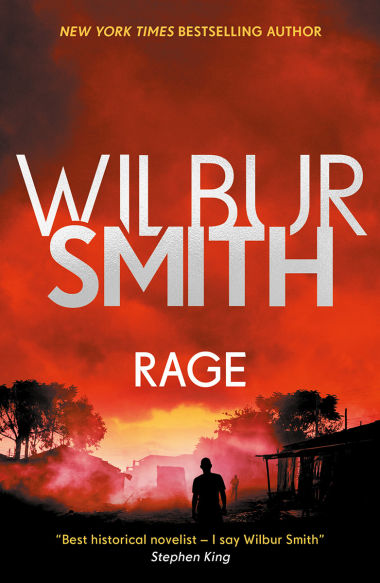 Book 6 in the Courtney Series

'In the terrible struggle for the future of South Africa, the Courtney family will be torn apart - and many will have to pay a terrible price.' 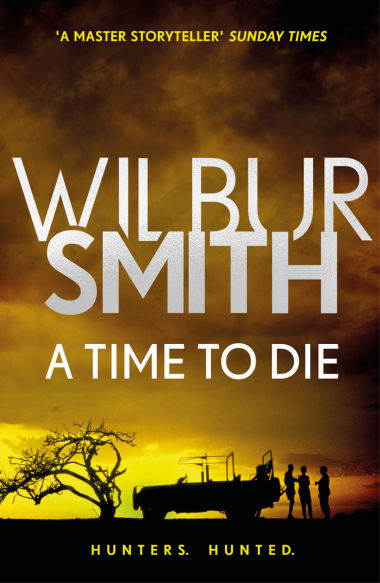 A Time to Die

Book 7 in the Courtney Series

'Sean Courtney makes his final appearance as soldier, statesman and power in the land.' 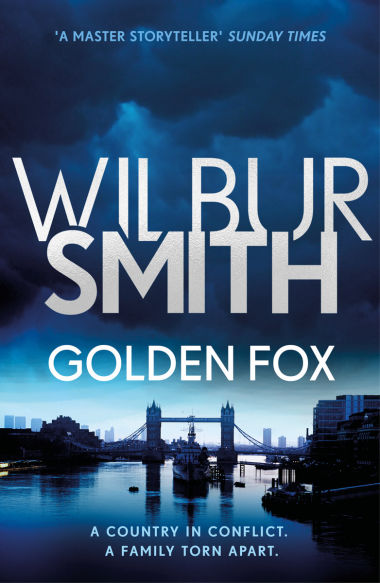 Book 8 in the Courtney Series

'London, 1969 – and the headstrong and beautiful Isabella Courtney dazzles all. Yet the years that follow will test Isabella to the extremes of her endurance. They will be years of hardship and bitter pain, hidden behind the masks of affluence and success. It will be a time in which brother is pitted against brother, as they are drawn into the lair of the golden fox.' 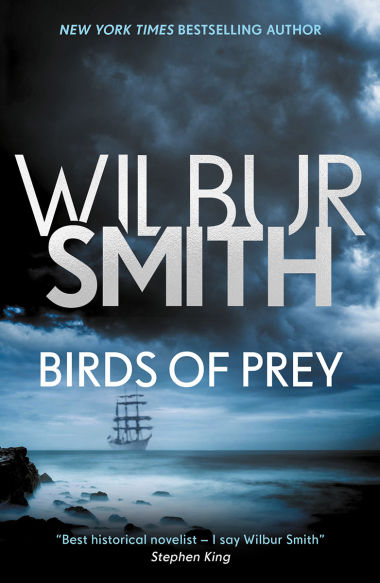 Book 9 in the Courtney Series

'It is 1667 and the mighty naval war between the Dutch and the English still rages. Sir Francis Courteney and his son Hal, in their fighting caravel, are on patrol off Southern Africa, lying in wait for a galleon of the Dutch East India Company returning from the Orient laden with spices, timber and gold.' 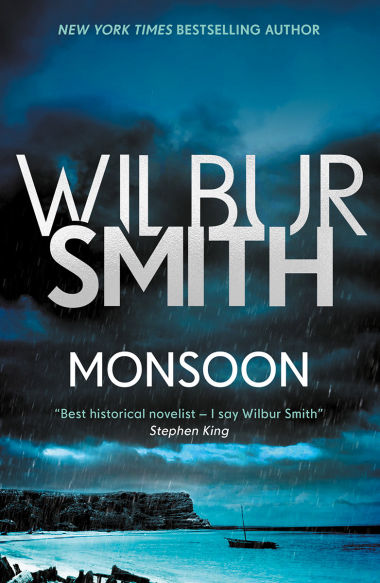 Book 10 in the Courtney Series

'It is the dawn of the Eighteenth Century. At the farthest edges of the known world, the mighty East India Trading Company suffers catastrophic losses from pirates on the high seas. After four years away from service, master mariner Sir Hal Courtney prepares for his latest and most dangerous voyage – a death or glory mission in the name of Empire and the crown.' 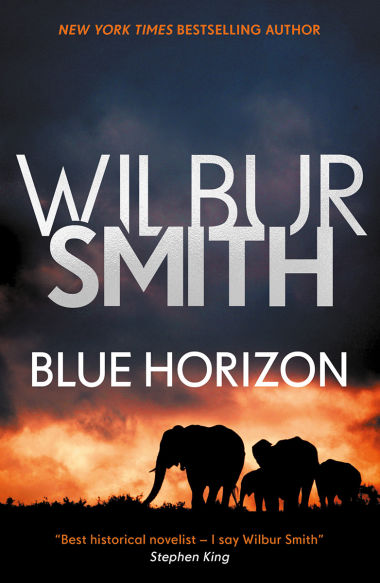 Book 11 in the Courtney Series

'At the close of Monsoon Tom Courtney and his brother Dorian battled on the high seas and finally reached the Cape of Good Hope to start life afresh. In this spellbinding new novel, the next generation of Courtneys are out to stake their claim in Southern Africa, travelling along the infamous 'Robber's Road'.' 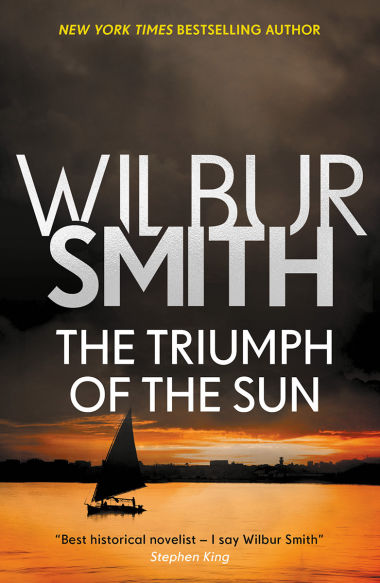 The Triumph of the Sun

Book 5 in the Courtney Series

'It is 1884, and in the Sudan, decades of brutal misgovernment by the ruling Egyptian Khedive in Cairo precipitates a bloody rebellion and Holy War. The charismatic new religious leader, the Mahdi or 'Expected One', has gathered his forces of Arab warlords in preparation for a siege on the city of Khartoum.' 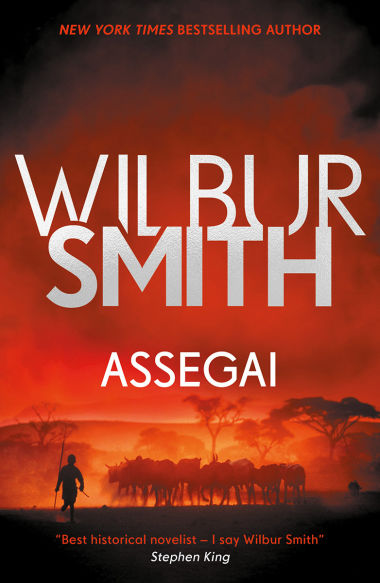 Book 13 in the Courtney Series

'In 1913 Leon Courtney, an ex-soldier turned professional hunter in British East Africa, guides rich and powerful men from America and Europe on big game safaris in the territories of the Masai tribe. Leon has developed a special relationship with the Masai.' 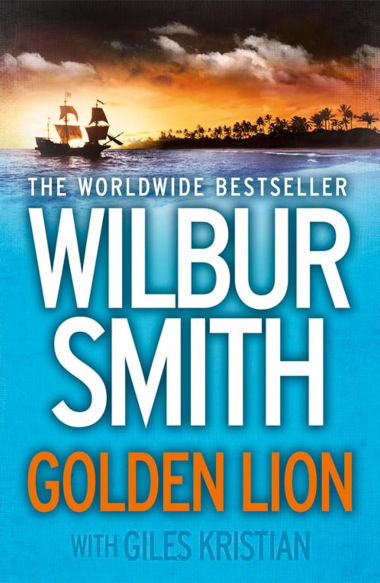 Book 14 in the Courtney Series

'We are caught up in a broad historical sweep, nothing less than the destabilisation of one entire continent ... hot and steamy territory where action is never further than the turn of a page.' 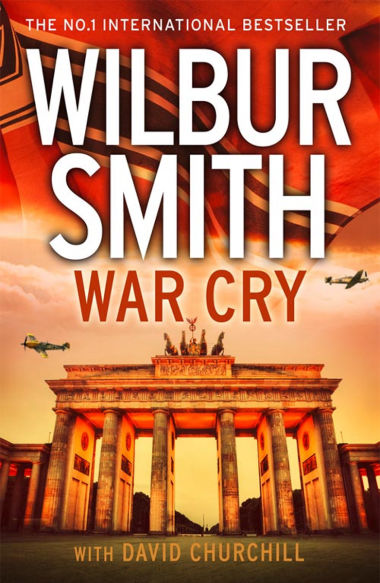 Book 15 in the Courtney Series

'In a triumphant return to his much-loved Courtney series, Wilbur Smith introduces us to the bravest new member of the famed family, Saffron Courtney.' 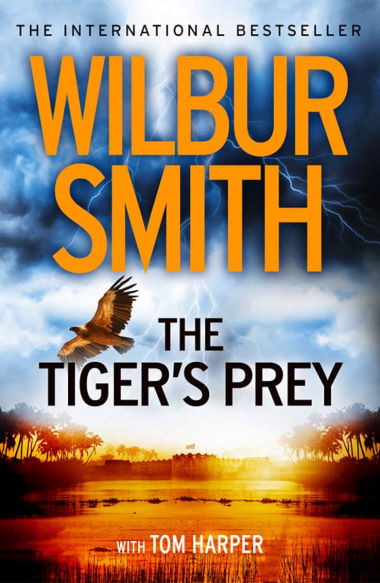 Book 16 in the Courtney Series

'The Malabar coast is full of dangers: greedy tradesmen, fearless pirates, and men full of vengeance. But for a Courtney, the greatest danger might just be his own family.' 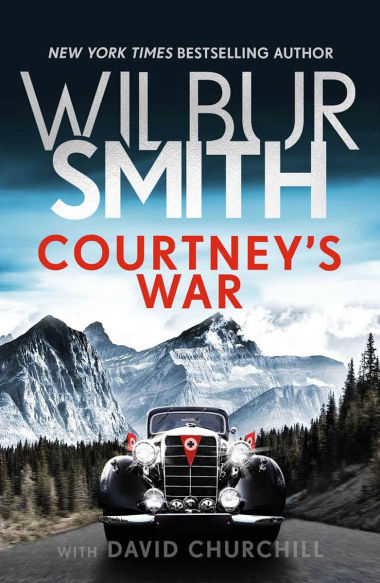 Book 17 in the Courtney Series

'Saffron Courtney and Gerhard von Meerback. Two heroes. One unbreakable bond. Courtney's War is an epic story of courage, betrayal and undying love that takes the reader to the very heart of a world at war.' 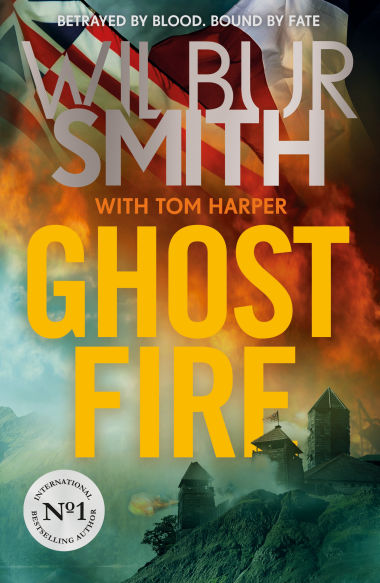 Book 18 in the Courtney Series

'A new generation of Courtneys fight for freedom in an epic story of tragedy, loss, betrayal and courage that brings the reader deep into the seething heart of the French and Indian War.' 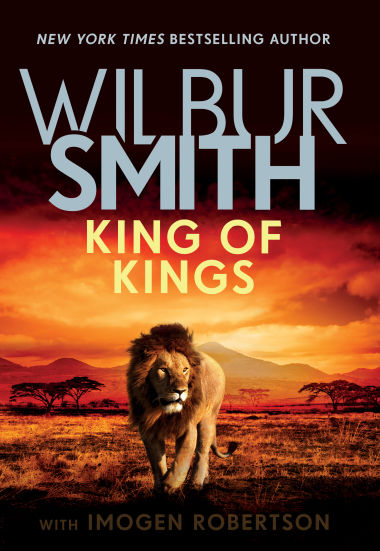 Book 6 in the Courtney Series

'Bestselling author Wilbur Smith’s two most powerful families, the Courtneys and the Ballantynes, meet again in a captivating story of love, loyalty and courage in a land torn between two powerful enemies. The long-awaited sequel to his worldwide bestseller, The Triumph of the Sun.' 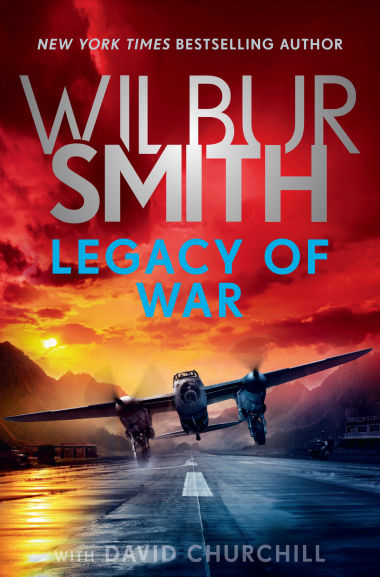 Book 20 in the Courtney Series

'Leon Courtney, Centaine De Thiry and Saffron Courtney return in the action-packed and gripping sequel to Courtney’s War, and the epic conclusion to the Assegai sequence.' 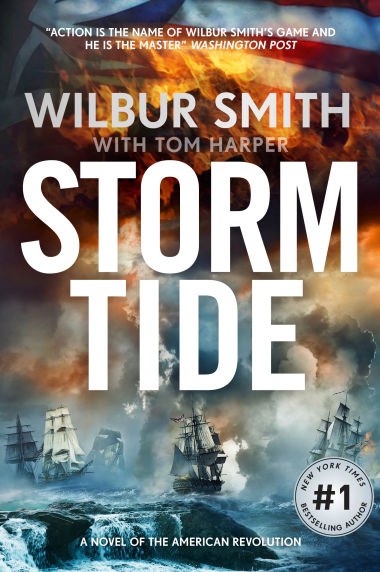 Book 21 in the Courtney Series

'A powerful new historical thriller by the master of adventure fiction, Wilbur Smith, of families divided and a country on the brink of revolution.'

A sample from The Tiger's Prey